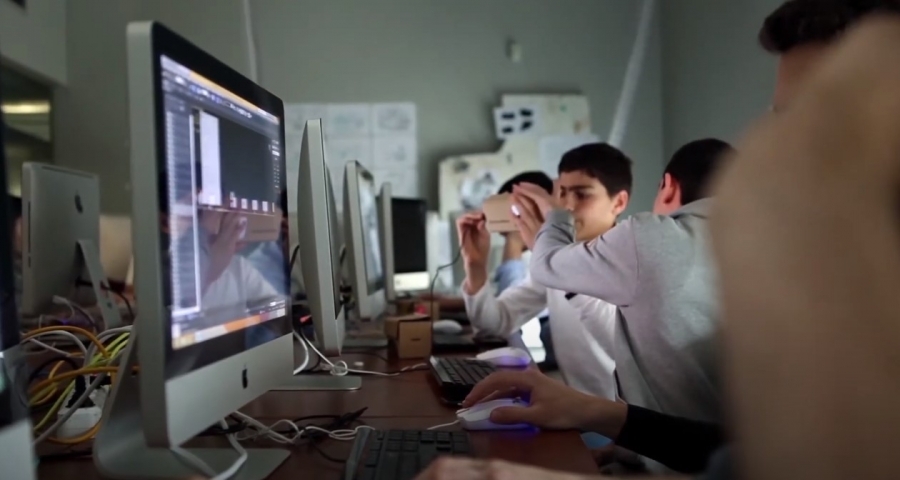 Tirana becomes the fourth capital, after Moscow, Beirut and Paris, to have a TUMO technological centre.

The Prime Minister of Albania, Edi Rama, and the Mayor of Tirana, Erion Veliaj, attended the inauguration ceremony of the TUMO technological centre at the premises of Air Albania stadium.

The TUMO Centre for Creative Technologies is a free education centre for children interested in technology and design.

The first TUMO centre was established in Yerevan, Armenia in 2011.

The project between the Albanian government, the Municipality of Tirana and the Albanian-American Development Foundation (AADF) will open a window of opportunity to 1,000 children from 12-18 to be involved in videogames development, animation, graphic design, film and music production, programming, robotics and 3D modelling.

“To those who claimed that the stadium was rebuilt for shopping and trade only, we say that apparently it is not. I am glad that 1.000 children will be given this great opportunity to enter into a magical world and have at their disposal the same instruments that their age-mates in Moscow, Berlin and Paris have”, said PM Rama at the inauguration ceremony, adding that he sees the centre as “a forward vision and strategy for children”.

During his word, Rama also said that the government intends to give to the new generation a new zoo, and a new theatre for children.

€40 million for cultural monuments, minister Margariti: We will go beyond recuperation

How the COVID-19 pandemic changed education in Albania

Manjani: ‘This PM has nothing to do with the left, he hates syndicalism’

While debating with the former director of CEC, Denar Biba, according to whom the chemistry of the left works much better than that of...
Read more
Ilva Tare Show

From the first national survey conducted by MRB in collaboration with Euronews Albania on January 21st to the fourth one published tonight on April...
Read more
Politics

If the April 25th elections would be held next Sunday, the Socialist and Democratic parties would be getting the majority of the votes, almost...
Read more