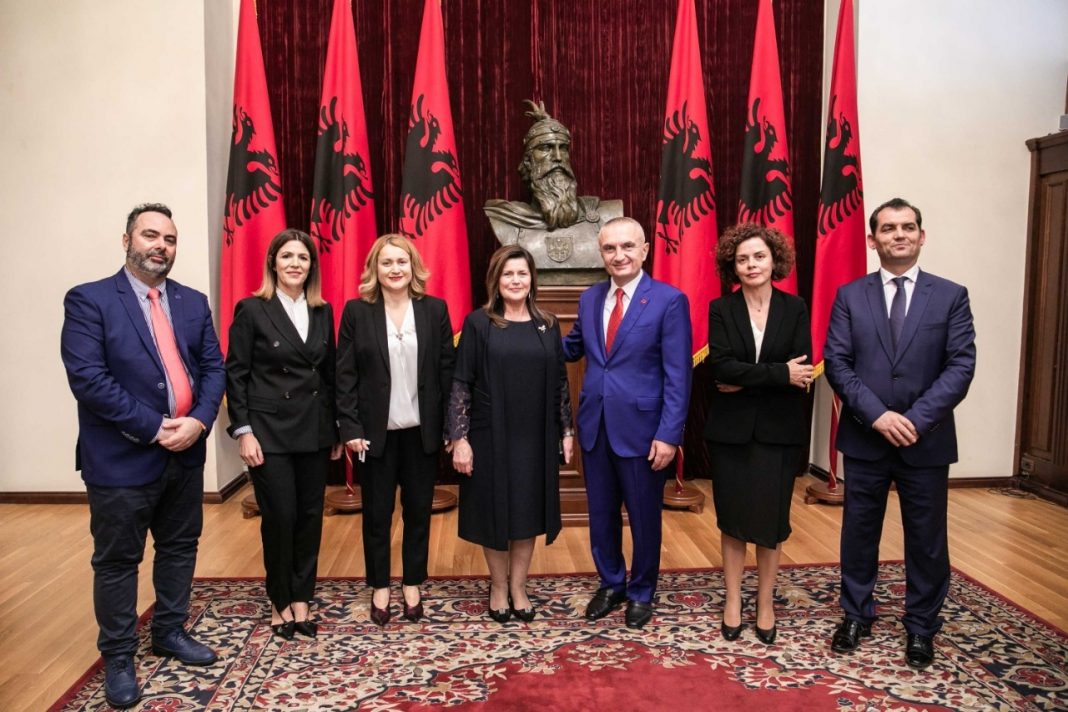 The following Members of the Albanian Constitutional Court Ms. Elsa Toska, Marsida Xhaferllari, and Fiona Papajorgji are the three women who have been sworn in before the President of the Republic of Albania Mr. Ilir Meta, thus fulfilling the vacancy posts for the re-establishment of this important Institution.

Ms. Vorpsi was sworn in before a Public Notary instead. The President then appointed Marsida Xhaferllari for the same post, who was soon sworn in at the President’s Office.

The Albanian Parliament challenged her appointment through a resolution, even though she had already been approved by the Constitutional Court as its newest Member.

The ruling Majority has described the Presidential Act as “unprecedented” and as an attempt “to drag along the creation of the Constitutional Court.”