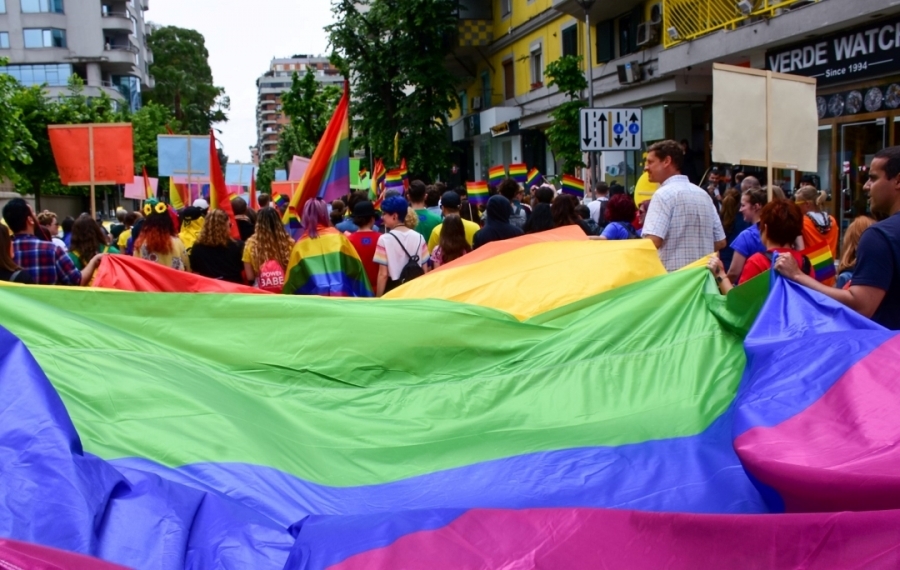 In light of the COVID-19 crisis and warnings against large gatherings, the annual Pride Parade has been facing a wave of cancellations throughout the world.

But activists in Albania are considering alternative options to reimagine the symbolic march of the LBGTQ people given the lockdown restrictions and social distancing rules.

Under the slogan “Pride continues”, LGBTQ activists in the country, announced that this year’s Pride, aiming to raise awareness against discrimination, will not be canceled, but instead will be shifting online.

“For the first time ever, on May 15 we will shift the Pride Parade online, where we will share messages and raise voices defending our rights and the rights of the LGBTQ people in Albania”, announced the two responsible organizations of the Pride.

The current working plan for “The virtual Parade” will function through an online registration of the participants, who will have discussions regarding the actual LGBTQ situtation in Albania and the challenges they face.

Xheni Karaj, head of “The Alliance Against LGBT Discrimination” (Aleanca LGBT) in Tirana, said for Euronews Albania that social distancing is, in fact, not a new concept to the LGBTQ people, as the community has long been a victim of extreme forms of social, legal and religious distancing, among others.

“This is why we decided to not be silent this May 17, but instead to unite and be creative, to voice our reality and our stories”, said Ms. Karaj, one of the country’s first LGBTQ activits.

“We are in a very critical historical moment, where democracies, freedoms and human rights are under threat in many countries of the world due to the authoritarian policies, and I think the rest of society has a lot to learn from our community’s acquired ability to fight in moments of challenge and not give up on our freedoms and identities”, concluded Xheni Karaj.

In 2012, Albania held its first symbolic parade of the lesbian, gay, bisexual, transexual and intersexual people.

Since then, this movement has attracted more and more participants from the country, the region and beyond.

This year marks the ninth Pride Parade in Albania.

“This parade is not an event, but rather a junction of our mutual past and future. It is not just a march, but a movement. It does not depend on the number of people that participate, but in the power of our minds to recreate it”, said a statement of the organizers.

The virtual parade #PrideOn will be broadcasted through social media platforms on May 17, International Day against Homophobia, Transphobia and Biphobia, and will be preceded by a series of virtual activities which will mark Pride Week from May 11 to May 17.