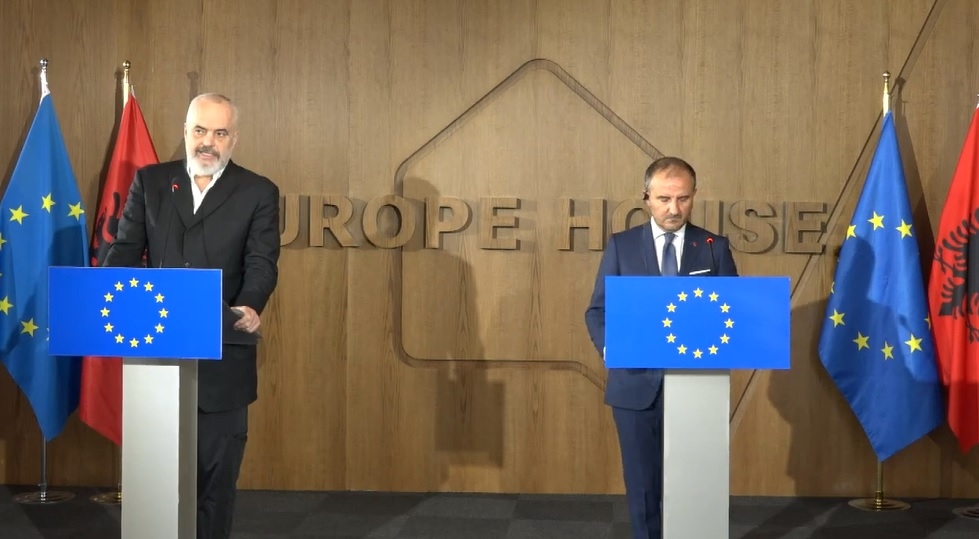 The EU Delegation in Tirana has clarified that it is not involved in the government’s plan to legalize cultivation of marijuana in Albania.

In a Twitter status, the EU presence in Albania has distanced itself from any insinuation that the government has consulted with Brussels over a possible law which could allow the cultivation of marijuana for medical purposes.

Following several media requests, we want to clarify that the European Commission and the EU Delegation have not been involved in preparation, drafting or consultation of draft reports concerning plans for cultivation and legalization of cannabis for medical purposes in Albania.

The bill was presented on Saturday by Prime Minister Edi Rama during a joint conference with EU Ambassador Luigi Soreca.

The conference took place as a part of Europe’s Day celebrations. PM Rama claimed that the government has been working for over a year on the bill which will soon be open for public discussion.

Kosovo Prime Minister Albin Kurti declared on Tuesday that it is not Kosovo’s turn to do anything extra in order to get visa liberalizations...
Read more
Albania

Albania recorded on Tuesday 1 death and 550 new COVID-19 cases. Currently, there are 2,164 active cases across the country, while 19 patients are being...
Read more
Balkans

Abazovic to visit Serbia on Wednesday to meet Vucic, Brnabic

Montenegrin Prime Minister Dritan Abazovic is heading on Wednesday for a two-day visit to Serbia. During his stay, Abazovic is set to meet with high...
Read more