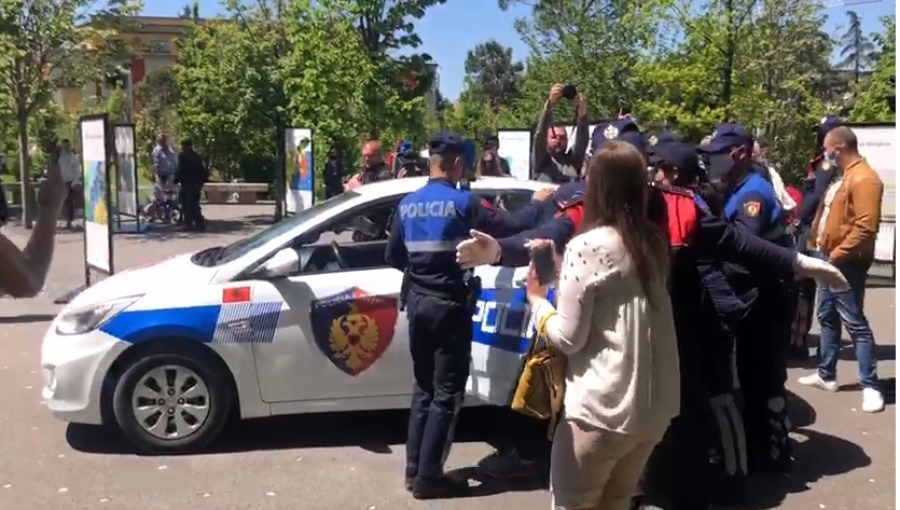 Civil society activists, the Theater Protection Alliance and other citizens gathered today at the Skanderbeg Square protesting the government’s decision to pass the national theater building to the Tirana Municipality.

This move will lead to its demolition, for the construction of a new one.

The situation became tense as the police intervened to disperse the crowd and detain some of the protesters.

Euronews Albania’s journalist, who was reporting live from the Skanderbeg Square, said that some of the participants claimed they were protesting against the government’s COVID-19 restrictive measures, others for the Europe Day, and some said they were there to oppose the demolition of the theater.

The Theater Protection Alliance had appealed citizens to support them against this initiative of the government, which, according to them, has an anti-national purpose that wants to transform every spiritual value into a construction site.

The government decided to move the building of the National Theater under the ownership of the Tirana Municipality, under the condition to construct a new building.

There is also a clause that the Municipality of Tirana will not be able to use it for any other purpose or to cede it to third parties.

The government’s decision makes way for the demolition of the old building, which has created protests for the past two years, after a group of artists and civil society representatives oppose the project.