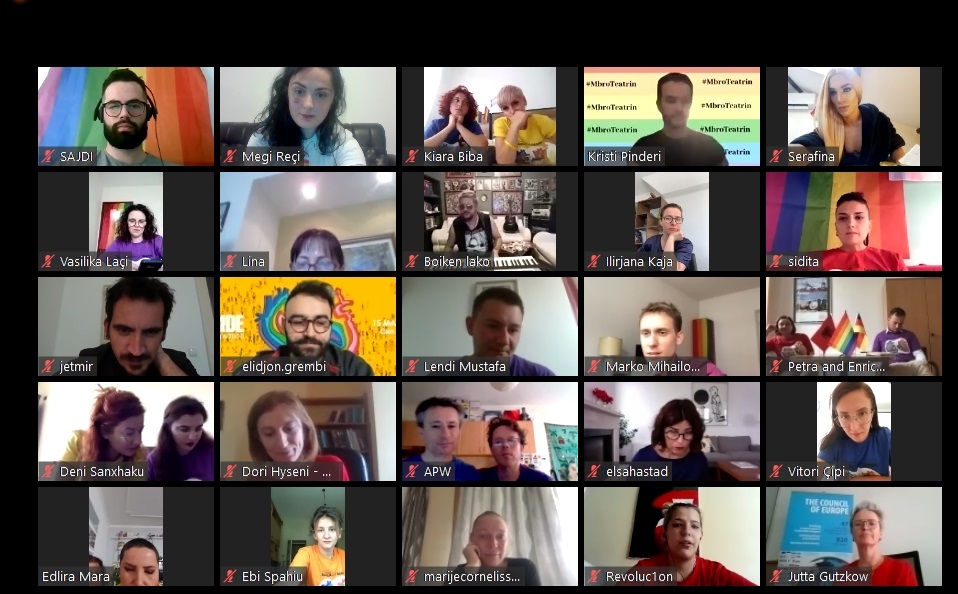 Unlike any other year in May where hundreds of participants from the LGBTQ community and other supporting activists parade throughout the streets of the capital, this year due to the global pandemic and of the social distancing rules, the Pride Parade was held online.

Organizers reported the participation of more than 100 activists as well as the ambassadors of Sweden, Kingdom of Lower Countries, the ambassador of the European Union, Head of the European Council etc, while famous Albanian singer Boiken Lako, a longtime supporter of human rights performed some songs during the online event.

The online Parade lasted for around two hours stressing on themes such as diversity of love, challenges of human rights and living a life with no judgments in the country.

During the event, photographer Jetmir Idrizi presented an exhibition called “Queerantine” with pictures of the LGBTQ community. For everyone that did not get a glimpse, you can now find it on instagram (queerantine.al).

Public Advocate, MS. Erinda Ballanca, also present in the online Parade noted that there could be no justice for LGBTQ community, if there is no justice for Albania.

Xheni Karaj, head of “The Alliance Against LGBT Discrimination” (Aleanca LGBT) in Tirana, has said earlier for Euronews Albania that social distancing is, in fact, not a new concept to the LGBTQ people, as the community has long been a victim of extreme forms of social, legal and religious distancing, among others.

“This is why we decided to not be silent this May 17, but instead to unite and be creative, to voice our reality and our stories”, said Ms. Karaj, one of the country’s first LGBTQ activits.

In 2012, Albania held its first symbolic parade of the lesbian, gay, bisexual, transexual and intersexual people.

Since then, this movement has attracted more and more participants from the country, the region and beyond.

This year marks the ninth Pride Parade in Albania.