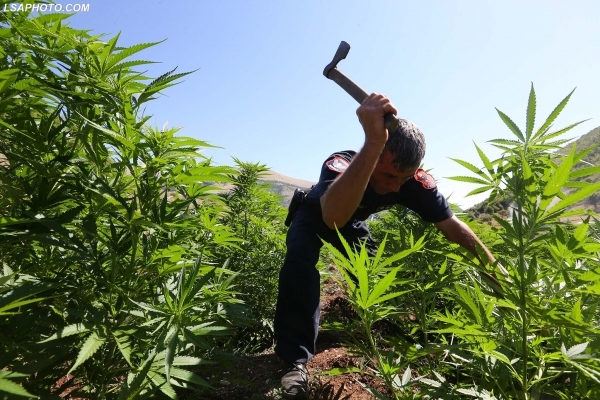 The European Monitoring Centre for Drugs and Drug Addiction (EMCDDA), an EU agency headquartered in Lisbon, claims that cannabis cultivation in Albania is expected to increase during 2020. According to the agency, this is mainly because “law enforcement resources are diverted to enforce compliance with COVID-19 restriction measures”, but also due to a higher market price caused by an increased demand coming from European markets as a result of supply shortages during the pandemic.

Shortly after the publication of the report, President Ilir Meta called on the State Police, Secret Service and Prosecution to fight against the cultivation of cannabis as a necessary measure.

“The recently published European Monitoring Centre for Drugs and Drug Addiction annual report comes as an alarm which must ring a bell towards uniting our forces to stop this phenomenon, which is hurting our reputation, from happening again. The fight against cannabis is one of the conditions for EU integration and every negligence in this aspect would have grave consequences for the future of the country”, said President Meta.

EMCDDA reported that given the large quantities that were seized in Montenegro, North Macedonia, the Albanian and Greek border and Serbia, it appears that traffic routes in the Western Balkans have continued during the pandemic.

Just published with @Europol: our report on the impact of the #COVID19 pandemic on EU #drug markets
Download the report: https://t.co/Crpvdaz0aJ pic.twitter.com/aPQ2rAqE7i

In many EU countries, the price of cocaine, heroin and cannabis has increased significantly due to market shortages as well as “local conflicts over drug distribution and territory”.

In the long-term, the negative effects caused by the recession are expected to lead to an increased drug use or crimes in this field.

Drug trafficking remains the largest criminal market in the EU.