Merkel: We must engage in talks with North Macedonia and, if possible, with Albania 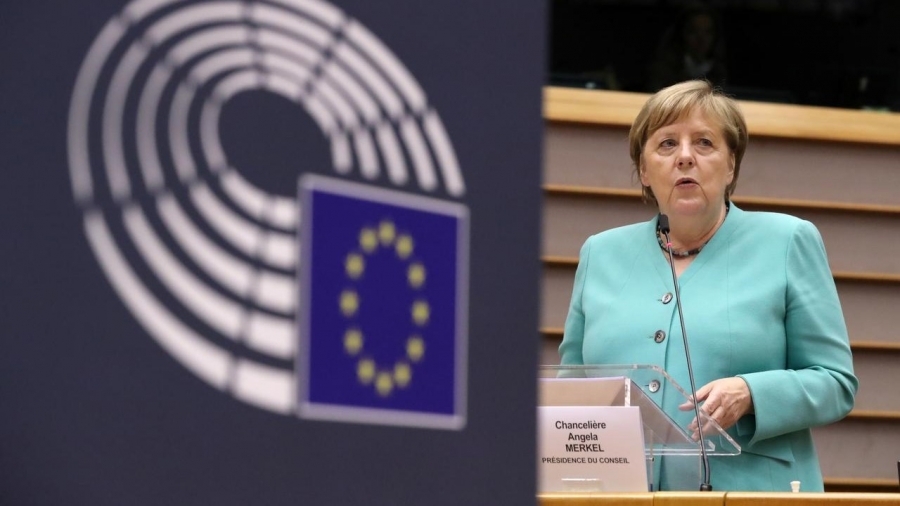 German Chancellor Angela Merkel presented during the plenary session of the Europian Parliament on Wedensday the EU presidency program for the following six months.

One of the priorities is the first intergovernmental conference with North Macedonia and whether the conditions will be met. Howerver this issue is still under question for Albania.

“During our presidency, we must do everything in our power to focus on three other foreign policy objectives. First of all, for the Membership Conferences, we must engage in talks with North Macedonia and, if possible, with Albania, an advance for the Western Balkan countries that need to be given the prospect of membership,” said Merkel.

German Chancellor underlined the need for solidarity throughout the bloc and called on member states to reach a compromise as soon as possible on the recovery plan, which is expected to be decided at a meeting to be held on July 17-18.

Merkel also added that Germany will continue to urge on the signing of a new partnership agreement with the UK by the end of the year.

On August 2, Europeans commemorate the Roma Holocaust, bringing to mind the tragedies, misery and prosecution suffered by...
Read more
Albania

Over the last 24 hours, 40 citizens tested positive to COVID-19, bringing the total number of active infections across the country to 421. The number...
Read more
Kosovo