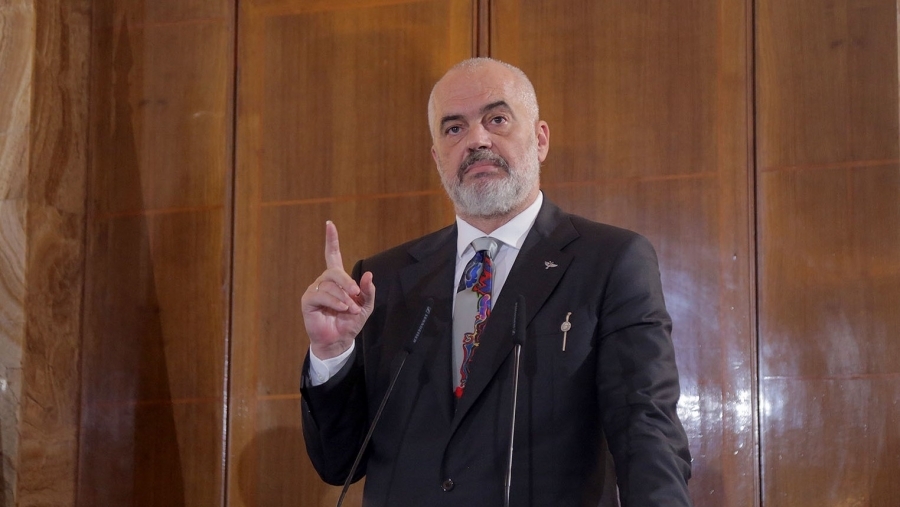 The Albanian Prime Minister, Edi Rama, defended his decision in favor of the Constitutional Amends that allow the “open lists”, while he claims that the new amends will only allow more women as candidates, will allow the people to decide about who represents them, do not do anything against the electoral reform agreement.

“I see that the extra-parliamentary opposition feels agitated. We will implement every article of our agreement, but the insults and provocations will certainly put that at risk. The Parliament is sovereign. The Parliament listens to everyone, but it takes the final decision. With open lists we allow citizens to decide who represents them and we guarantee the representation of women. This is only good for the country”, Rama said.

“The extra-parliamentary opposition (Democratic Party) and the presidential opposition (SMI, founded by incumbent president Ilir Meta), should not worry about the fate of pre-electoral coalitions, because no one will stop the united opposition from entering the elections together. But they will have to follow what the Parliament does. They like it or not, the Parliament decides”, Rama said.

Thousands of former miners from the district of Korça have been battling for over 20 years to get their due status, which guarantees them...
Read more
Albania

The Vlora River Road is under preparations in order to be accessible during the touristic season. The news was made public by Albanian Prime Minister...
Read more
Albania

Health minister Manastirliu: Over 250.000 vaccine doses have been administered

With the arrival of 100.000 Sinovac jabs, the Ministry of Health announced that inoculation of citizens over 60 will start by next week. “On Monday...
Read more