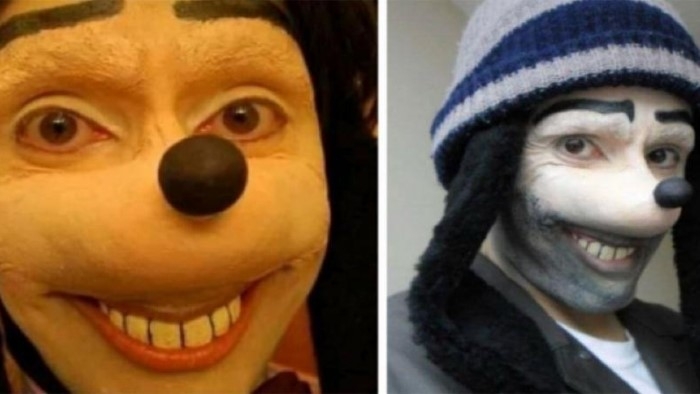 Albania’s State Police has issued a warning against a dangerous online game called “Jonathan Galindo” and calls on parents to show particular attention to protect their children.

The virtual game is similar to other online hoaxes such as Blue Whale Challenge and Momo, blamed for claiming the lives of hundreds of minors in 2016.

“Jonathan Galindo”, also known as “Cursed Goody” is a character described to be wearing a mask resembling “Goofy the dog” and is interrelated to the Blue Whale Challenge.

Anonymous users create profiles under the name “Jonathan Galindo” and by using different images of Cursed Goofy send messages to women and children through various social media platforms, asking them if “they would like to play a game”, referring to the Blue Whale Challenge, similar to the Momo Challenge.

If the user rejects their invitation, they usually threat them by claiming that they will publish their personal details.

If the user accepts the invitation to play, the challenge may last up to 50 days with 50 various stages which consequently may lead to suicide.

To clarify, the image on this article does not necessarily show that a user is part of this challenge, as it can be used by different users for completely different purposes. The images used in the profiles of these accounts originate from the stylist Samuel Canini and date at least to the years 2012-2013.

John Gallindo is currently an unidentified character, but the first profile with this name is believed to have appeared on TikTok, during autumn 2019.

From that time, several similar profiles have suffered on other social medias including Twitter, Instagram, Discord. They usually send messages to other users encouraging or threatening them to participate in the challenge.

Currently, according to sources from the police department, the most affected age group are 10-18 years old.

The state police issued an appeal to all parents regarding monitoring their children especially in cases when:

So far, the Albanian state police has not evidenced any cases in Albania but calls on citizens to cooperate with law enforcement authorities if they suspect a person they may know is in danger.

Police arrest man suspected of placing explosives at the residence of the A Police arrested a young man on Tuesday evening suspected to have placed...
Read more
Albania

DP enrolls at the by-elections due on March 6

The Democratic Party has enrolled for a second time near the Central Election Commission (CEC) in order to run at the by-elections due on...
Read more
Kosovo

Escobar and Lajcak to visit Kosovo and Serbia next week

The EU Special Envoy for the Dialogue, Miroslav Lajcak and the US Deputy Assistant Secretary overseeing policy towards the countries of the Western Balkans...
Read more