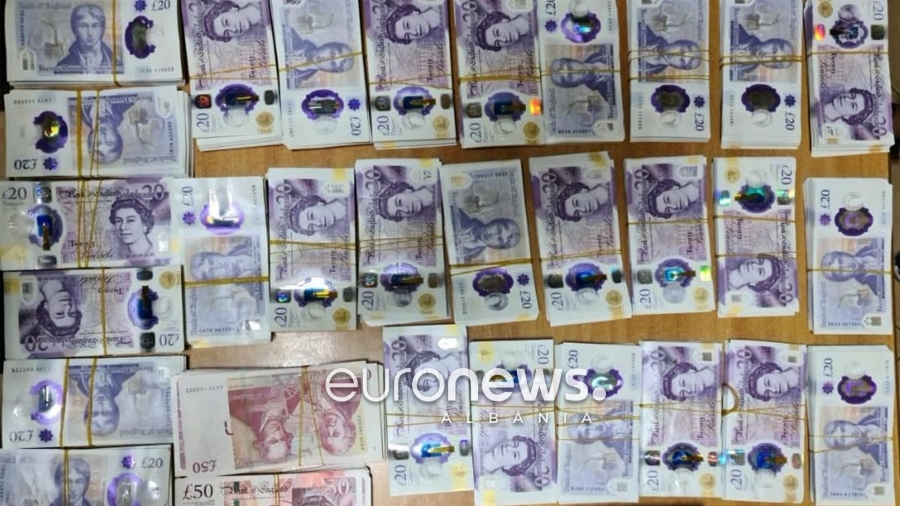 Tirana International Airport border police detained 67,850 GBP from a Tunisian, who is a resident in England. In the press release, the police said that J.D, 63 years old, was found traveling with undeclared money in his backpack, which were seized and the procedures for “non-declaration of money and valuables at the border” were initiated against him.

In Albania, travelers must declare money and valuables at border crossings starting from the amount of 10 thousand euros and above.

Authorities suspect that the physical transport of money in banknotes is also often used by criminal groups to move sums of money from one country to another.

The influx of tourist entrances and exits at the border crossings is usually used, while it is worth mentioning that this is one of the few reported cases where the detained person is a foreigner.