DP’s Basha: 5-points plan will take us out of the crisis, let’s prepare for schools to close again 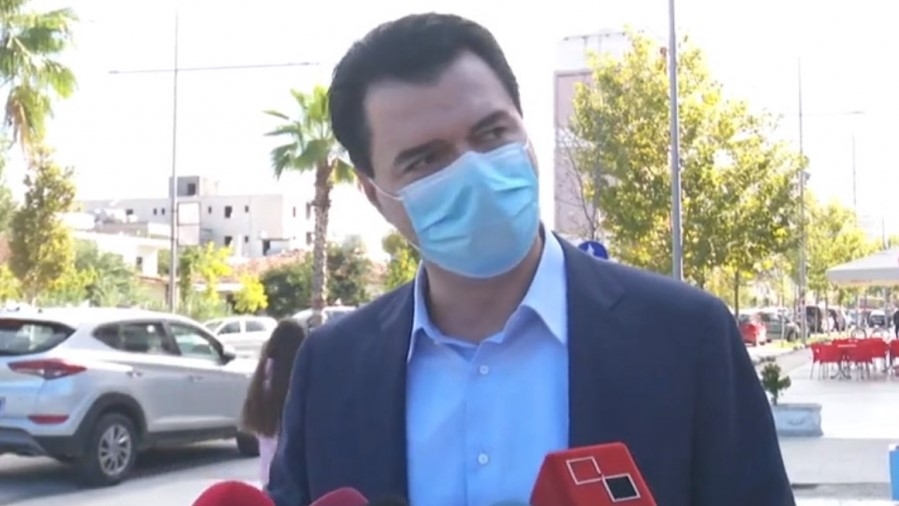 The leader of the Democratic Party, Lulzim Basha was today in Durres where he was meeting up with several local business owners and raised the alarm on the economic and health crisis the country is facing.

Basha reiterated the opposition’s offer, the so-called 5-points plan introduced on Tuesday, as the only way to get out of the crisis.

According to him, the first step is insuring maximal protection against the virus, by protecting healthcare workers and refund the costs incurred from citizens being treated at home.

The leader of the DP also didn’t rule out a scenario for a possible school closure and suggested that the government should invest more on technology.

“My invitation to the government today is to quit playing games and doing propaganda. Take our 5-points plan and start enforcing it”, said Basha.

“Secondly, the reopening of schools has increased the dangers of spreading the virus, teachers need to be tested and provided with free masks and sanitizers”.

“We need to look at the possibility to shut down schools again and instead invest in technology so that children can study from home”, added the leader of the extra-parliamentary opposition.

Basha referred to the Council of Ministers act approved yesterday as “unacceptable” and said that “$1.8 million were taken away from agriculture and given to incinerator plants”.

According to Basha, these funds need to go towards the economic measures proposed by the DP.

“We have proposed an assistance plan for those who lost the job due to the pandemic, support entrepreneurs for every person they hire and help out small enterprises”, explained Basha. “Increased unemployment will deepen the crisis. Our plan needs to be implemented immediately in order to get out of the crisis”.

Manastirliu to opposition leader over pandemic situation: Albania stands better than the region