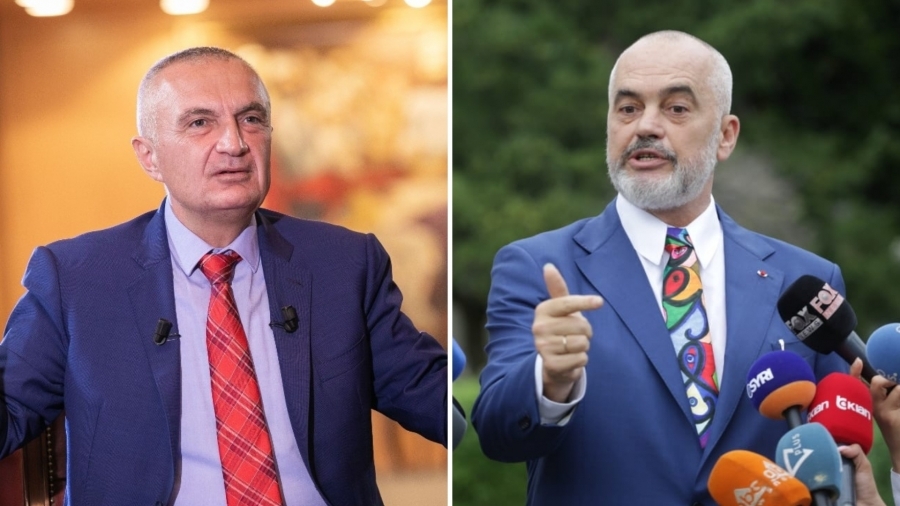 On Friday, President Ilir Meta publically reached out to Prime Minister Edi Rama demanding from him to provide evidence for his comments that “the president has ties with criminals”.

In a Facebook status, filled with offensive language against the prime minister, Meta publicly asked Rama provide evidence for his accusations and said that he would step down if they were to be proven true.

“I hereby publicly request from him to say the name, place and time where I met this person from the underworld, and I will resign immediately”, said Meta.

“If prime minister Rama doesn’t do that prior to the party’s meeting than I will deal with him on a daily basis”, vowed the Albanian president.

“I will bring proof to all Albanians about his horrible connections with the criminal world and the harm he has done to our national interest and I won’t stop until he is expelled,” said Meta.

The president added that he is ready to confront him in a public debate and expects from him to reflects on this.

During Monday’s plenary session, the day when the Electoral Code was adopted in parliament, Rama accused the president of ties with criminals.

“We will overturn this invention (referring to the coalition’s formula) which is the cartel of coalition parties, where votes are taken from one and passed on to another and where anyone who enters the list may get elected. Meta needs to forget it, he who speaks in the name of the Constitution with a vocabulary that is more adapt with former convicted criminals”, said Rama on October 5 at the Albanian parliament.

After the president’s comments, Rama took it on Twitter and replicated along the same offensive line against the president.

“Ilir, what does Albania owe you, after making you prime minister, parliament speaker and president. Why should it bear with your daily tantrums, which bother not only those alive but also those who have fallen for the liberty of the country, to whom you keep on following with your ridiculous decorations and speeches”, said Rama on Twitter, hinting at the decoration of fallen soldiers during the Anti-Fascist and National Liberation wars.

A few minutes after, Meta replicated again saying that he will be appearing at a weekly television show and invited Rama to join him in this open confrontation.

“Transparency is the only way! Confrontation or leave”, concluded Meta.