GRECO report on the fight against corruption in Albania 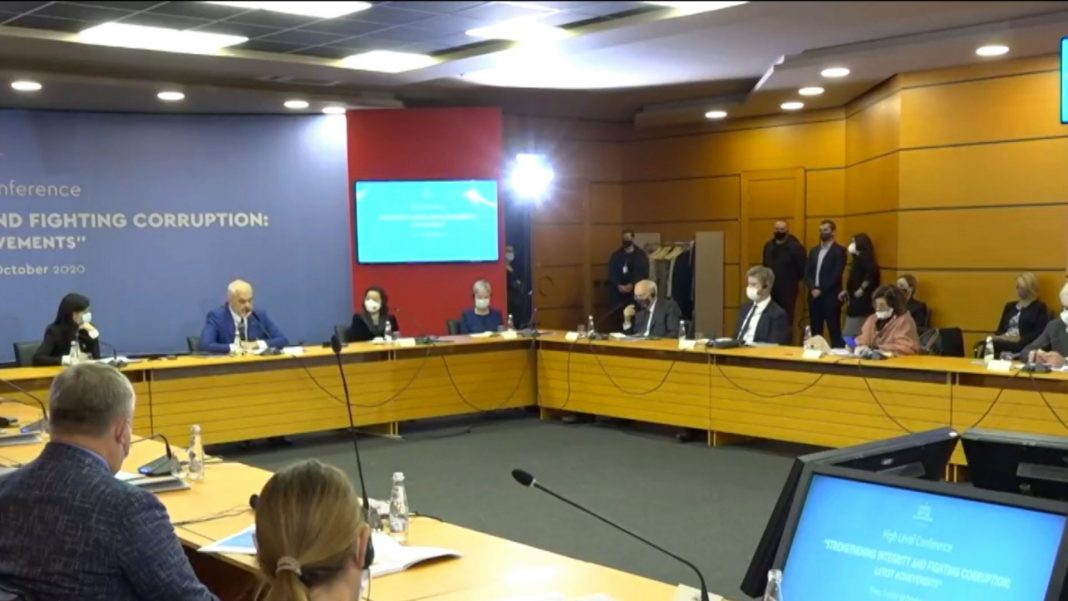 Albania’s progress in the fight against corruption, in the framework of the Group of States against Corruption (GRECO) report, has brought together senior Albanian officials and representatives of international delegations in the country.

EU Ambassador to Albania Luigi Soreca said during the presentation of the report that the vetting process is key to fighting corruption and restoring public confidence in justice.

Soreca praised the establishment of new justice institutions, as some of them have already began work.

“Nevertheless, corruption remains rampant and is a serious concern for member states and the European Union. Therefore, the fight requires further structured and ongoing efforts, as well as the sentencing of high-level officials, something that has been extremely low and unfortunately is said in all of our official reports,” Ambassador Soreca stressed.

During his speech Prime Minister Edi Rama thanked the participants for complying to the measure recently introduced by the government, as regards face masks.

The PM stressed that the difference between developed countries and small countries regarding corruption, is not connected to anything else but systematic differences, while noting that the fight against corruption began at the moment when Justice Reform started, considering the latter as essential in terms of forming a state without corruption.

“Albania is under development, and it’s still a very young democratic stat,” Rama said, concluding that “the measures that will be taken for the justice system are the measures which will make SPAK a model institution that the Albanian people have wanted ever since they heard about SPAK.”

Electoral Code, PM Rama: President must decide whether to sign it, in order to proceed with its implementation