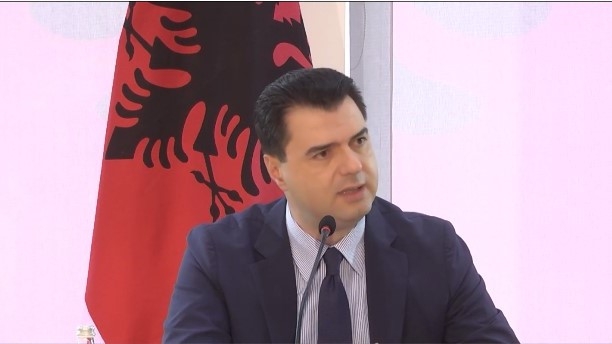 The leader of the Democratic Party, Lulzim Basha, spoke to the media from the party’s headquarters and once again raised the alarm that the country is going downhill due to bad governance and abuse of power.

Basha brought to the attention the state of the country due to the pandemic, which according to him is being mishandled by the Prime Minister as he is not taking any preventive measures alike other countries in the region, meanwhile accused the government of manipulating the real numbers of Albania’s coronavirus cases.

“He promised a bonus for doctors and nurses, when in fact we are seeing that the money is going to the pockets of oligarchs”, said Basha.

“As of today, €75 million were spent for incinerators. Imagine what could have been done if that money were to be given to doctors, the elderly and businesses. Today he announces a flamboyant mask strategy”.

“No substantial measures have been taken like elsewhere in the region. He (referring to Prime Minister Edi Rama) tries to hide this by making masks mandatory. The reason why no measures were imposed is because the budget is going towards corruptive affairs. North Macedonia has accorded twice as much as us for the economy and healthcare system”.

The leader of the Democrats recalled that on Tuesday the country registered a record high single day increase of new coronavirus cases.

“Hospitals have reached their maximum capacity and yet no reactions from the government, just total silence”, said Basha adding that the Prime Minister is neglecting the health of the citizens.

“There is no more time to wait, the country is on the edge of the cliff and the only way out is to take real and substantial measures”, concluded Basha.

DP’s Basha: 5-points plan will take us out of the crisis, let’s prepare for schools to close again