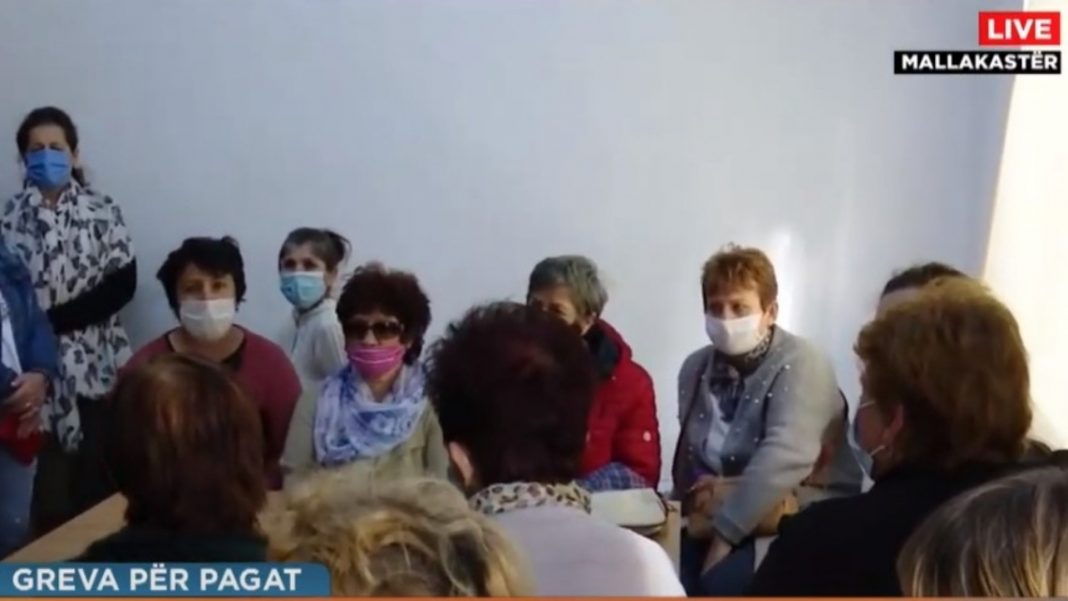 10 Albanian oil workers are facing serious health conditions as they entered the 18th day of hunger strike, but decided to abandon the premises to be replaced by their women colleagues.

After the meeting of the Trade Union Council, the women employees decided to sacrifice themselves for the cause and they demand that their requests are met as soon as possible.

“Our demands are known. We will be here until we die, until are demands are met,” said one of the ladies.

“We have nothing to lose, we are already dead”, added another woman.

Yesterday, after continuous clashes with the private police, the oil workers managed to brake the outer fence of the Ballsh refinery and managed to enter inside the building.

The leader of the union described this as a symbolic act to show that the refinery is empty and that no office is functioning.

On Monday, oil workers blocked the city’s main entrance in a sign of protest for the government’s negligence and refusal to find a solution for them, whereas last weeks, the strikers went on a lockdown at the former premises of the refinery’s health centre and refused any medical help and water, while calling on citizens to place a blockade at the city’s main entrance.

The oil workers are protesting over 26 arrears.