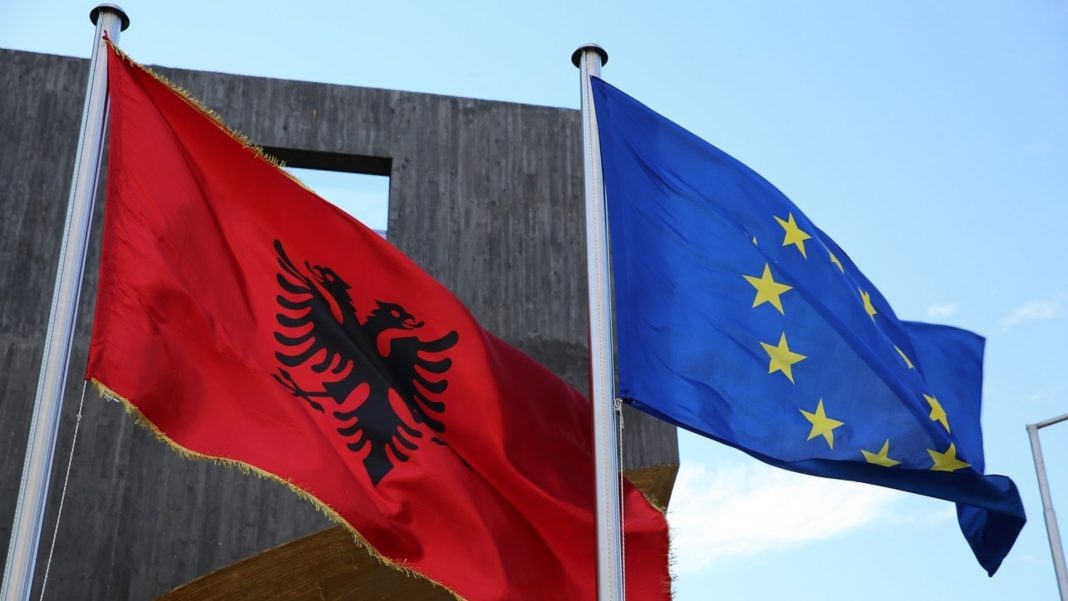 As Member States continue talks within the framework of Albania’s EU integration, currently in the ambassadorial-level, Euronews Albania provides the document compiled for Albania, where the country is evaluated on the progress made and the conditions that remain to be met. The document, which is expected to undergo more changes during the following weeks, contains key assessments on major issues in the country.

Overall, the text reads that prior to the first IGC, the condition of Electoral Reform has been met with the June 5 agreement as it evaluates the Justice Reform, the functionality of the Supreme Court and calls for the functioning of the Constitutional Court as well as progress in the field of freedom of expression, following the recommendations of the Venice Commission on media law.

“The Council welcomes the determination of Albania to advance the EU reform agenda, which paved the way for the decision to open accession negotiations with the EU in March 2020. Albania made decisive progress and is close to meeting all the conditions to be fulfilled prior to the first Inter-Governmental Conference,” was written on the document.

According to sources close to Euonrews Albania, France, The Netherlands, Spain and Denmark have requested that the word “convincing” be replaced with another evaluating term.

Further, the text welcomes the amendments to the Electoral Code prior to the first IGC and requests a further strengthening of the political dialogue as well as the implementation of the reform in the framework of the April elections.

“The Council welcomes that amendments to the electoral code were adopted by Parliament on 23 July 2020, in accordance with the 5 June 2020 agreement, in line with the OSCE/ODIHR recommendations. The Council underlines that the political dialogue in the country needs to be further strengthened, in particular on electoral reform and its implementation. Transparent financing of political parties must also be ensured,” reads the document.

The Council welcomes Albania positive progress regarding Rule of Law, including the implementation of the comprehensive Justice Reform, which according to Member States has advanced steadily, as well as by strengthening the fight against corruption and the fight against organised crime, where the establishment of anti-corruption and organised crime specialised structures was finalised.

“It is important that further recruitments for the National Bureau of Investigations take place for it to be fully operational. Efforts towards the establishment of a solid track record need to continue, including on final verdicts and pro-active investigations into high level corruption and organised crime and through the implementation of the action plan to address the Financial Action Task Force recommendations, as must good cooperation with relevant authorities of the Member States,” the text further reads.

The Council also welcomes the fact that the vetting has advanced steadily and has produced tangible results, while it encourages Albanian authorities to pursue efforts to stabilise the country’s judicial system.

“With one chamber having been filled and two remaining, the High Court is functioning, and there was progress on the functioning of the Constitutional Court, although further efforts are needed to proceed with the outstanding appointments to both institutions.”

The four so-called sceptical countries have requested another evaluation as regards the abovementioned condition.

Regarding fundamental rights, the Council takes positive note of the ongoing efforts to implement a comprehensive land sector reform and to consolidate property rights and calls on the authorities to continue to pursue such efforts, including to swiftly advance the process for registration and compensation. The Council encourages Albania to swiftly adopt and implement the remaining legislation related to the 2017 Framework Law on the protection of national minorities and the law on the population census.

“Furthermore, the Council calls on Albania to make urgent progress on freedom of expression and the safety of journalists. The Council reiterates the importance that amendments to the media law are in line with the Venice Commission recommendations,” the document writes.