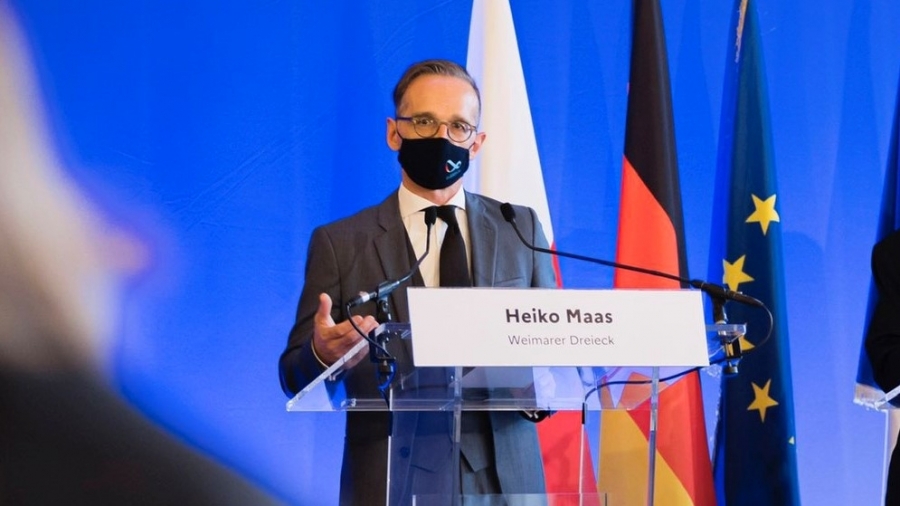 The German Minister of Foreign Affairs, Heiko Maas, declared that the as chair of the Presidency of the European Union the country is planning to have the first Intergovernmental Conference (IGC) for North Macedonia and Albania within this year.

Maas made the announcement during the conference “Young People, Migration and the Demographic Challenge in the Western Balkans”. While confirming that the first IGC for North Macedonia will happen within this year, in terms of Albania he said that it will depend whether or not the country fulfils the benchmarks.

“We opened the door to accession talks with Albania and North Macedonia. We plan to have the first Intergovernmental Conference with North Macedonia before the termination of the German EU presidency. And, if the conditions are met, with Albania, too”, declared the German Minister of Foreign Affairs.

Speaking about young people, emigration and the demographic challenges of the Western Balkans, he emphasized that migration “can’t be stopped” and those who have tried “have failed”, but on the other hand he reiterated that “we cannot turn a blind eye to the problems caused by the continuous brain drain” of the region.

He also referred to data from the “The Economist” predicting that by 2050, the population of Bosnia and Herzegovina, Albania and Serbia will shrink by 1/3.

“It’s in our common strategic interest to have these countries in the Union. That’s where thet belong. And if the EU does not come to them, it will be them who’ll go to the EU. The numbers speak for themselves. In 2001, before Romania joined the EU, 75% of young Romanians wanted to leave their country. Today, 2/3 want to stay in Romania. We hope to see the same development in the Western Balkans”, said Haas.

On Tuesday, the Dutch parliament demanded more evidence proving that the benchmarks have been fulfilled and addressed several questions to the Albanian government.

MP Rudina Hajdari on the Netherland’s skepticism towards Albania’s EU integraton: We have to deliver on all 15 conditions