Albanian students take to the streets against online classes 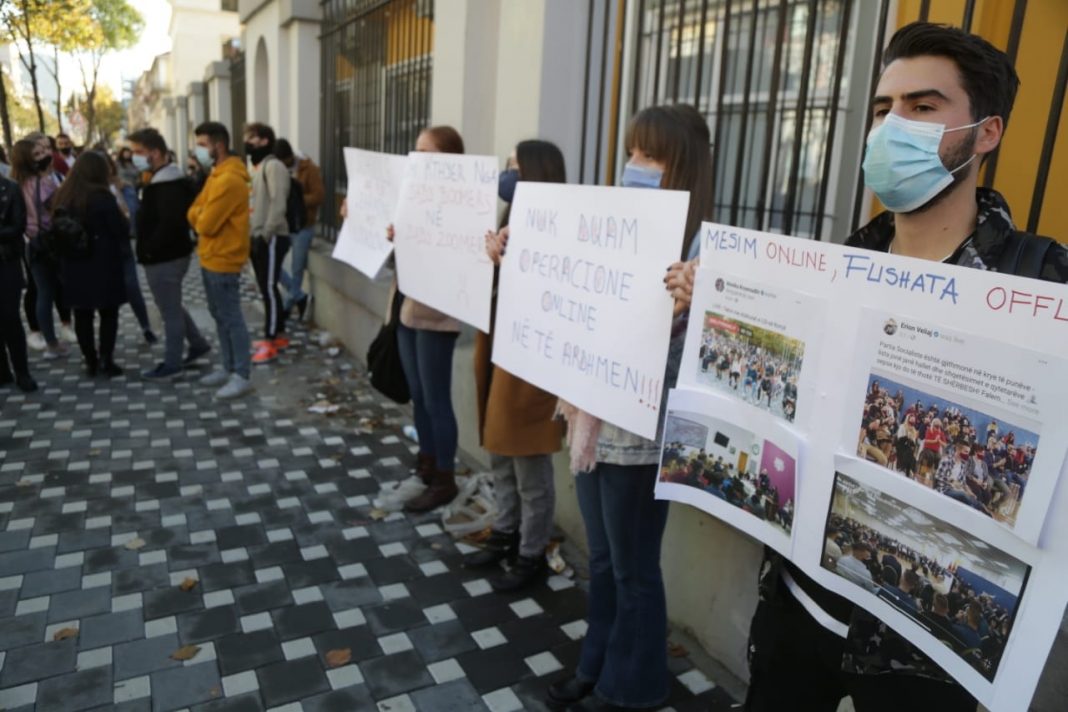 Albanian students are holding a protest in front of the Ministry of Education against online classes, which according to them have resulted to not be productive.

Students also protest for lower tuition fees since classes will be conducted online.

Around 130 thousand students would return back to lecture halls on November 2, with 21 thousand of them being first year students, but the latest government decision, which was announced no earlier than last week, ordered for the shifting of classes online for at least one month, in order to contain the spread of the virus.

Police forces have called on the students to stop the protest and follow COVID-19 protocols.

Ministry of Health denies claims that schools will shut down

‘Refoundation’ slams Alibeaj: He’s made a pact with SP and PM Rama

Alibeaj: If SP overturns our candidature for president, it will be the end of our agreement

The Democratic Party’s caucus leader, Enkelejd Alibeaj, declared that if the ruling majority overturns the opposition’s proposal for president, this would lead to the...
Read more
Albania

Albania logged the highest inflation rate in years due to the war in Ukraine. However, consumer prices were actually lower than the EU average,...
Read more