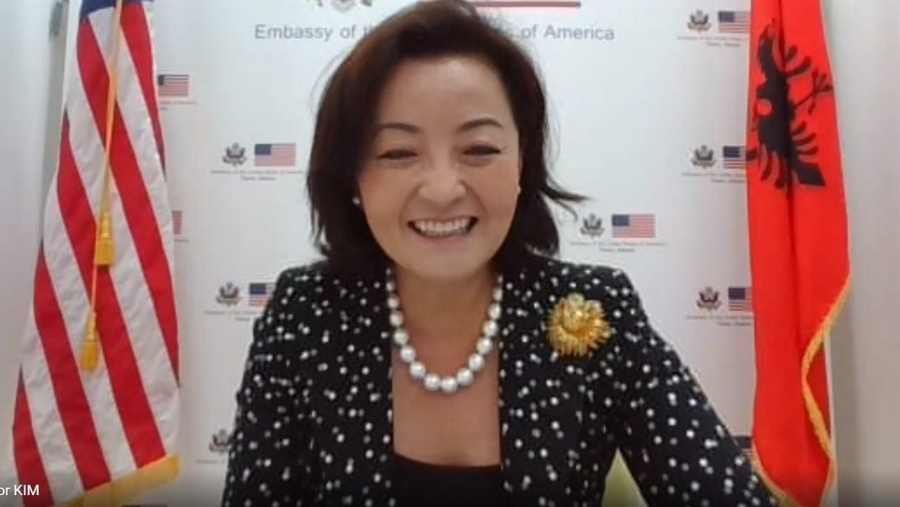 On the International Day to End Impunity for Crimes against Journalists, the US Ambassador to Albania, Yuri Kim, said that the role of journalists is essential for “democracy”.

The American diplomat emphasized that she supports of the role of journalists in Albania and highlighted that the media can “expose corruption”, “shine a light on human rights abuses”, and provide the public essential information during crises.”

US supports the vital role of journalists around the world, including Albania. They are a source of accountability & information. They are essential to democracies. They must not be harassed or threatened for asking tough questions & telling the facts. https://t.co/wOjb8UIB35

The US State Department says that over 1.500 journalists were murdered worldwide from the beginning of the century, and that their murderers are still running lose in over 85% of cases.

Albania has not recorded any act of extreme violence against journalists, but recently the so-called “Anti-defamation package” has caused a stir in the public and sent back for re-evaluation in parliament by the President of the Republic, Ilir Meta.

Now, the Albanian government has vowed to take in consideration the Venice Commission recommendations after pressure from public opinion and the international community, arguing that it undermines “freedom of speech and media freedom”.