Russians behind the “Yellow House”, former minister of justice unveils why EULEX was allowed access in Albania 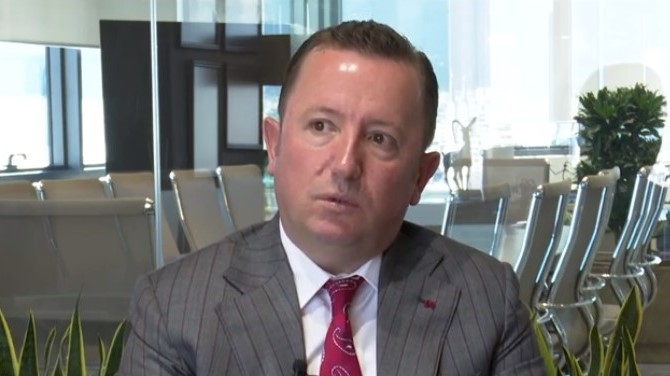 In 2012, Albania allowed EULEX to investigate over the findings of Dick Marty’s report which claimed that the Kosovo Liberation Army had committed serious crimes against humanity in Albania during the war period.

The former minister of justice, Eduard Halimi, said during an interview for Euronews Albania that the law was imperative at a time when apart from American support, there was another third party who had completely other objectives.

“At the time there was a scenario by the Russians that if Albania and other countries wouldn’t have allowed an investigation over the speculative claims of Dick Marty, then they would ask the UN Permanent Security Council to take several sanctions. This was a measure proposed by international partners”, said Halimi.

The resolution approved in 2011 at the Parliamentary Assembly of the Council of Europe that spoke about Marty’s report ignited a major debate in Tirana but according to the former minister, the action of the Albanian executive at the time protected KLA’s values.

“For me, it would be unimaginable to refuse an inquiry of a totally speculative report. I think that the right thing to do for every prime minister, and I believe it was the DP’s turn, and I think that they did it in honor of the war in Kosovo and testify that the report was of a speculative nature from its beginning to the end”, said the former minister of justice.

But what were the conclusions of the EULEX Task Force investigations in Albania on organ trafficking charges?

“This was a national matter that had to come to light and according to the information I have all of Dick Marty’s claims were completely speculative, so no Yellow House ever existed nor any imaginary histories that were pronounced in that report”, declared Halimi.

The debate on the just war of the KLA came was brought back into spotlight, after its former guerrillas were charged by a special court in Netherlands about crimes against humanity.