US eyes on SPAK over probe on high-level corruption 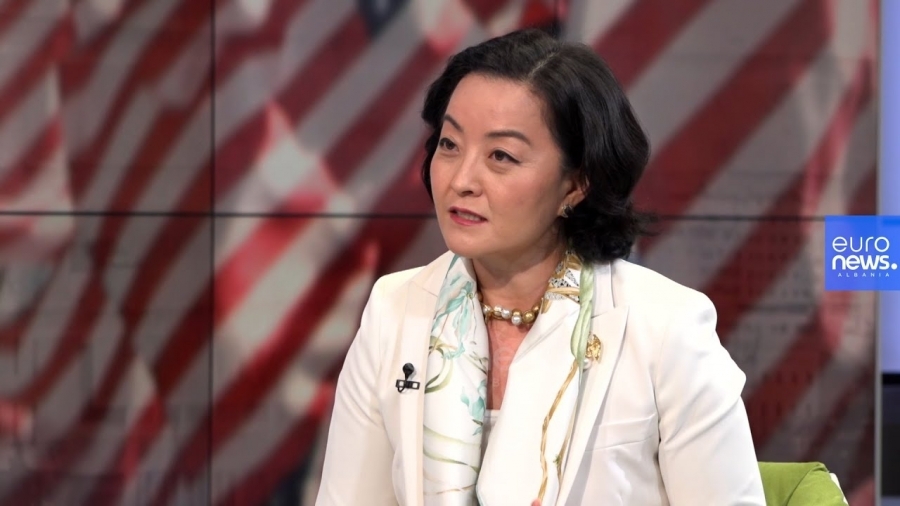 The US Ambassador to Albania, Yuri Kim, welcomed the recent results of the Special Anti-Corruption Structure, widely known as SPAK, and praised it for delivering results.

Kim referred to the sequestration of the former’s Prosecutor General Adriatik Llalla assets on Thursday, based on a request submitted by SPAK based on the Anti-Mafia Law.

In February 2018, the State Department declared Llalla and his family “persona non grata”, arguing on his “significant involvement in corruptive affairs” and “major human rights infringements”.

SPAK is delivering results, using the Anti-Mafia Law to take the profit out of corruption. US continues to strongly support implementation of Justice Reform, as demanded by the Albanian people & in keeping with Albania’s status as NATO Ally & EU aspirant. https://t.co/VlPe3mCKYb

Kim added that this is “precisely the kind of corruption” that SPAK was established for.

After continues pressures for investigating high-level corruption cases, it appears that internationals have turned their attention on SPAK.

SPAK is particularly being monitored on its work over high-profile officials accused for involvement in corruptive affairs, as a matter falling under the jurisdiction of this court, instead of regional ones.

The deputy head of the Institute of Public Health warned that the new COVID-19 variant, dubbed Omicron, may cause the vaccine efficiency to drop. Dritan...
Read more
Shock

Analysts Andi Bushati and Baton Haxhiu debated over the recent internal developments in the Democratic Party, and ultimately who is on the right. Basha...
Read more
North Macedonia

Bomb threat in Skopje turns out to be a hoax

Authorities evacuated the center of Skopje, the National Theater, and the Foreign Affairs Ministry after receiving a bomb threat over the phone on Tuesday,...
Read more