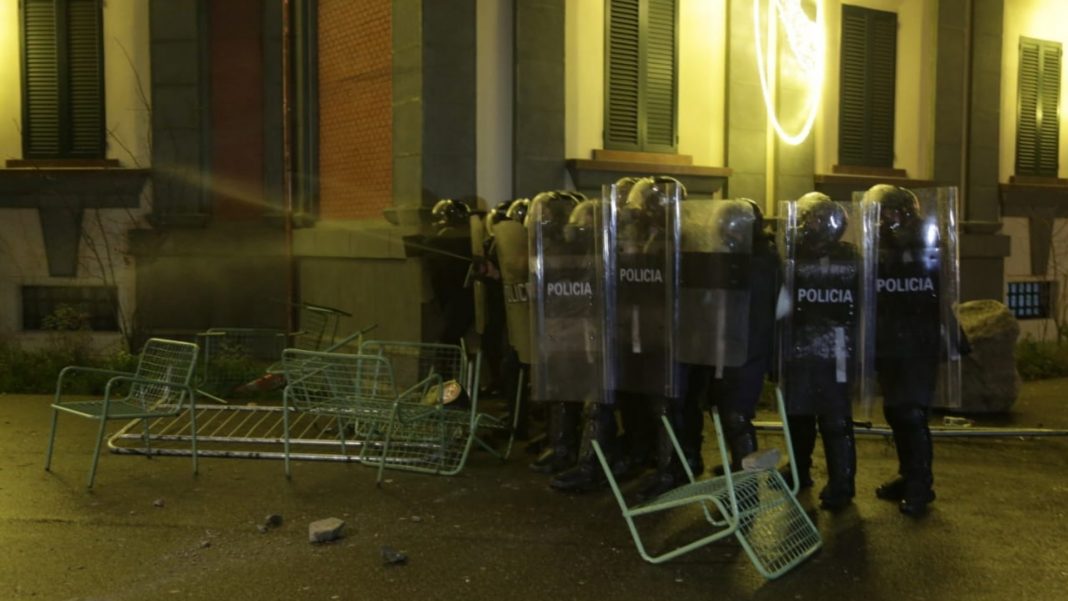 Police set off a storm among two journalism associacions on Friday by “arresting and abusing” a reporter.

Xhoi Malesia, who was broadcasting live coverage of the protests that took place in Tirana following the fatal shooting of a 25-year-old man, was arrested by the police and escorted to the police station while on duty.

Through a post on Facebook, the “Association of Professional Journalists of Albania” and the “League of Albanian Journalists” expressed their outrage over the police violence against the reporter.

“Police violence against a journalist on duty is unacceptable and a repeated behavior towards journalists,” was written in their statement, which added that authorities must reflect regarding these unjustified actions.

The statement further demanded justice from police directors on the journalist’s arrest.

In recent years, Albania has been significantly criticized in terms of media freedom and the authorities’ relations with journalists.

ngMinister Lleshaj speaks out for first time after resignation: I’m closing this chapter with a sorrow in my soul