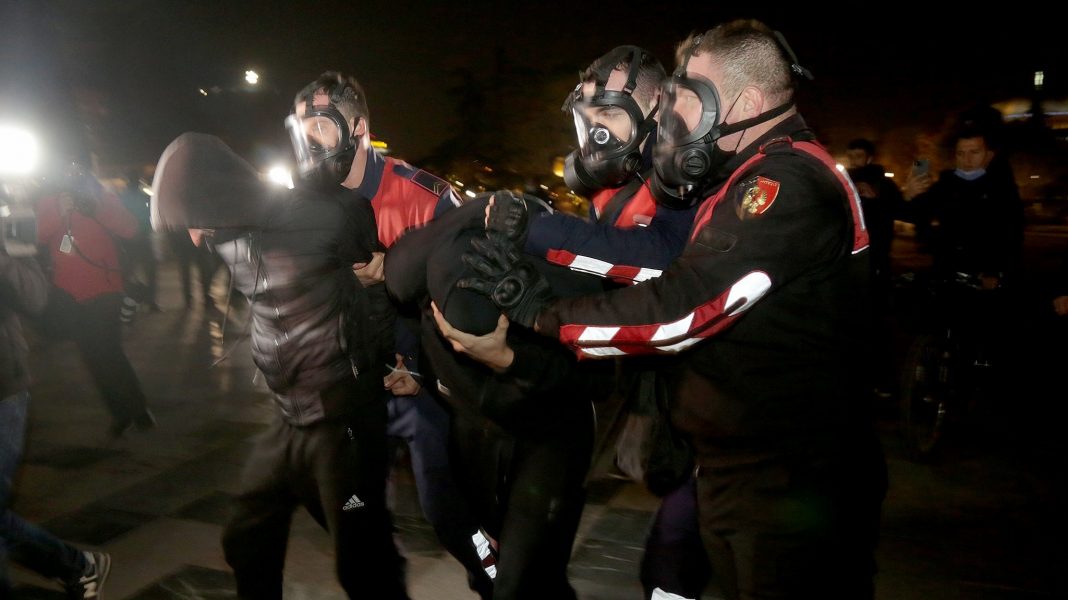 The Council of Europe Commissioner for Human Rights expressed her concern over the wave of protests that swept Albania in the last couple of days following the murder of Klodian Rasha, a 25-year old man shot by a police officer.

According to the Commissioner, Dunja Mijatović, Albanian authorities need to investigate the case even further, while the police should avoid clashing with protesters.

“Albanian authorities must show self-restraint on how the police reacts in demonstrations and conduct thorough, independent and efficient investigations on all claims for excessive use of violence”, said the Council of Europe’s human right’s commissioner.

Mijatović added that this is not the first time that protesters violently clash with the police during this year.

Another problematic underlined by the Commissioner is that the “police should not take advantage of the pandemic to exercise violence against citizens”.

The use of water cannons, pepper spray and other riot control tactics was heavily criticized by the Council of Europe.

The Commissioner said that large gatherings in the middle of a pandemic must be avoided, whereas the police should make a difference between individuals committing acts of violence and those that are protesting peacefully, as well as refrain from using excessive force.

The Council of Europe called on Albanian authorities to not tolerate any police officer involved in violent episodes.

Euronews Albania learned that “The Diaspora for a Free Albania Movement” has filed two complaints on the situation of human rights in Albania near the office of HR Commissioner Dunja Mijatović.

The first one was submitted on August 4 and the other one the tenth of December, where the main concerns were “deterioration of the rule law and human rights”, “oppression of free media” and “the right to protest”.