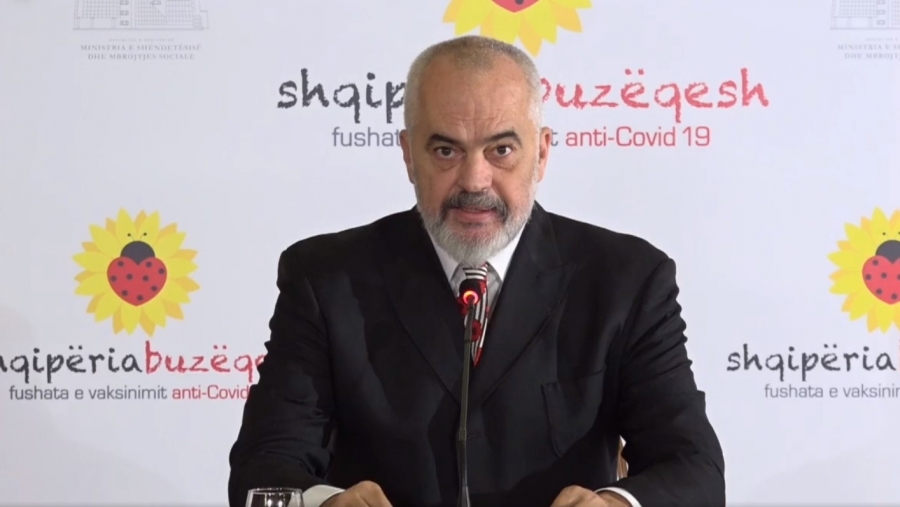 Thousands of doses of the Pfizer COVID-19 vaccine will be administered in Albania, Prime Minister Edi Rama reported on Friday, with the first batch of 10K vaccines arriving in the first half of the month.

The head of the government said that two countries will support Albania with the first 10 thousand doses of the Pfizer vaccine, however he did not mention the names of these two countries.

“The vaccination plan will be implemented according to the predictions we made,” Rama said as he added that the government is in on-going talks to inking another vaccination agreement with AstraZeneca.

Risk groups such as health professionals and other caregivers who work closely with risk groups as well as teachers and the elderly will be prioritized in the vaccination process.

The PM said that vaccination will be free and voluntary, as he slammed on the EU stressing that the block’s decision to differentiate the Balkans is discriminating, unacceptable morally, incomprehensible politically and unjustifiable logically.