The greatest challenges of the Constitutional Court: Local elections and the new Electoral Code 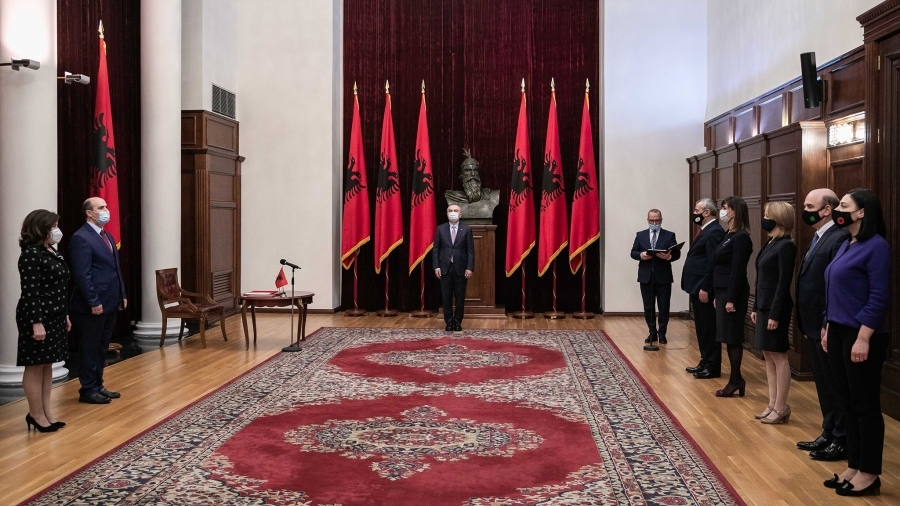 After the appointment of Altin Binaj, Përparim Kalo and Sonila Bejtja as members of the Constitutional Court, this important institution is now composed of seven judges, rendering it legally functional.

It took the personal involvement of US Ambassador Yuri Kim to put Albanian institutions in move to fulfill the necessary quota for the reconstitution of the Court.

Three vacant spots, to be proposed by the Albanian Assembly and two from the President of the Republic, were completed within December. Yuri Kim won her bet; the court became functional within December 31.

But the pressure is still on. The Court still needs two more members in order to be fully complete. The other two vacant spots, whose candidates need to be proposed by the High Court, are still pending due to a deadlock that has grasped this institution.

Nevertheless, now that the Constitutional Court has reached the necessary quorum which enables it to have a say on important matters, will officially open its doors on January 5.

What awaits the Constitutional Court, three years after it ceased from its functions? There are several “hot” files pending its assessment not only in the legal sphere, but also political disputes such as June 30 elections that were disputed by the opposition.

In July 2019, the Association of Albanian Municipalities deposited a complaint where it referred to the local elections as “unconstitutional” due to “lack of choosing among alternative political forces”.

A Moreover, the new Electoral Code is also expected to go under assessment as several smaller political parties filed a lawsuit a few days ago.