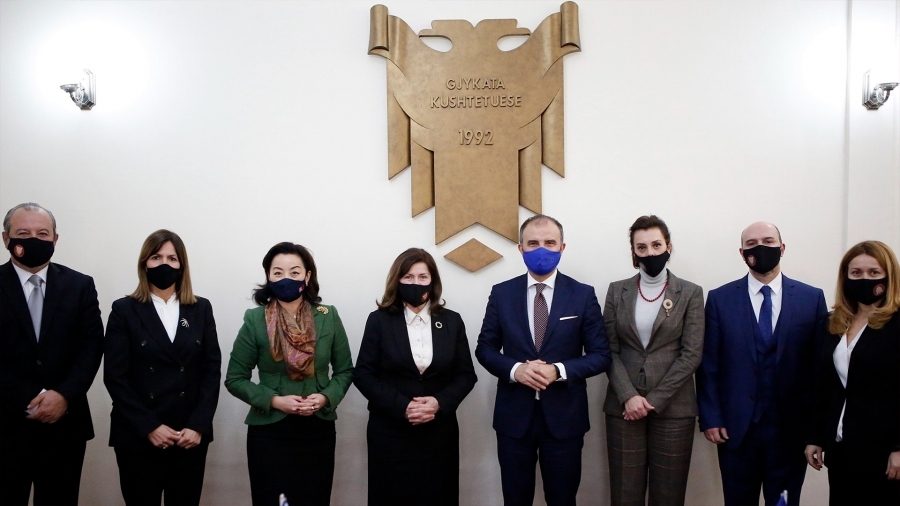 The Ambassadors of the United States and the European Union in Albania, Yuri Kim and Luigi Soreca, met on Thursday with Constitutional Court members’.

In a Twitter post, US Ambassador Kim thanked the judges for “answering the call of duty” and reiterated US support over the implementation of the justice reform.

Thank you to CC judges for answering the call of duty. It is essential for judges to act with independence & integrity to deliver justice for the people of ??, irrespective of which institution nominated them. ?? will continue to strongly support implementation of Justice Reform. https://t.co/8ypZds56eD

The head of the EU delegation in Albania, Luigi Soreca, also took it to Twitter to thank the judges for “taking up such a difficult challenge”

I met today the Members of ?? Constitutional Court, together with @USAmbAlbania. I thanked them for taking up such difficult challenge in a important moment for #Albania??.
I wished them the best for their work on the important cases the Court will review soon. Ensuring the..1/3 pic.twitter.com/211260JJ8I

According to Ambassador Soreca, the reconstitution of the court was a “major achievement” that came to life thanks to the political commitment of the President, in cooperation with the Parliament and the Justice Appointments Council (JAC).

“Albania has now made a critical step towards the first Intergovernmental Conference”, added the EU diplomat.

The Constitutional Court now has seven members thanks to the appointments that made it possible for the court to get back to its functions.

In total, the court is expected to assess a backlog of 140 cases meanwhile, in a recent meeting between judges they concluded that the agenda will be based on the nature and importance of the cases, and not simply in chronological order.

On Tuesday, US Ambassador Kim met with the acting president of the Constitutional Court, Vitore Tusha, in which she emphasized that it is her responsibility to show the way to the court on how to handle important cases.