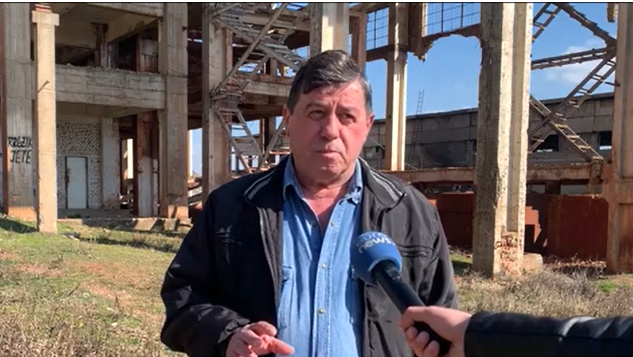 Thousands of former miners from the district of Korça have been battling for over 20 years to get their due status, which guarantees them no less than 300 Albanian Lek (around €240).

In Pogradec, there are 6.000 miners awaiting to be awarded the status of a miner.

According to the president of the union of the district of Korça, Llazi Kërxhalli, way more is being invested for the campaign rather than this part of the society.

“This problem that we’ve been raising has been going for 30 years”, said Kërxhalli. “Albania is the only country that has not given miners their status”.

“The truth is that we spend more on advertising and facades than to help workers. If you look at miners it is a true pity as more than 50% of them suffer from some form of illness caused by their work, which means that their current pension is not even enough to buy medicines and food”.

Beshir Çuka suffers from three different conditions caused by his profession as a miner, while he can’t buy medicines with the pension he has.

“I’ve worked at the gallery for over 20 years and receiving a €129 pension is ridiculous and unfortunate”.

Llazi Kërxhalli no longer pleas to political parties, now he’s making an appeal to the foreign ambassadors in the country and hopes that they receive their support.

“It is time to make a call for the foreign embassies, particularly that of the United States and the EU because we have lost all faith from political parties and the government”, he said.