Finding a job in public administrations, hardships encountered by the Roma people 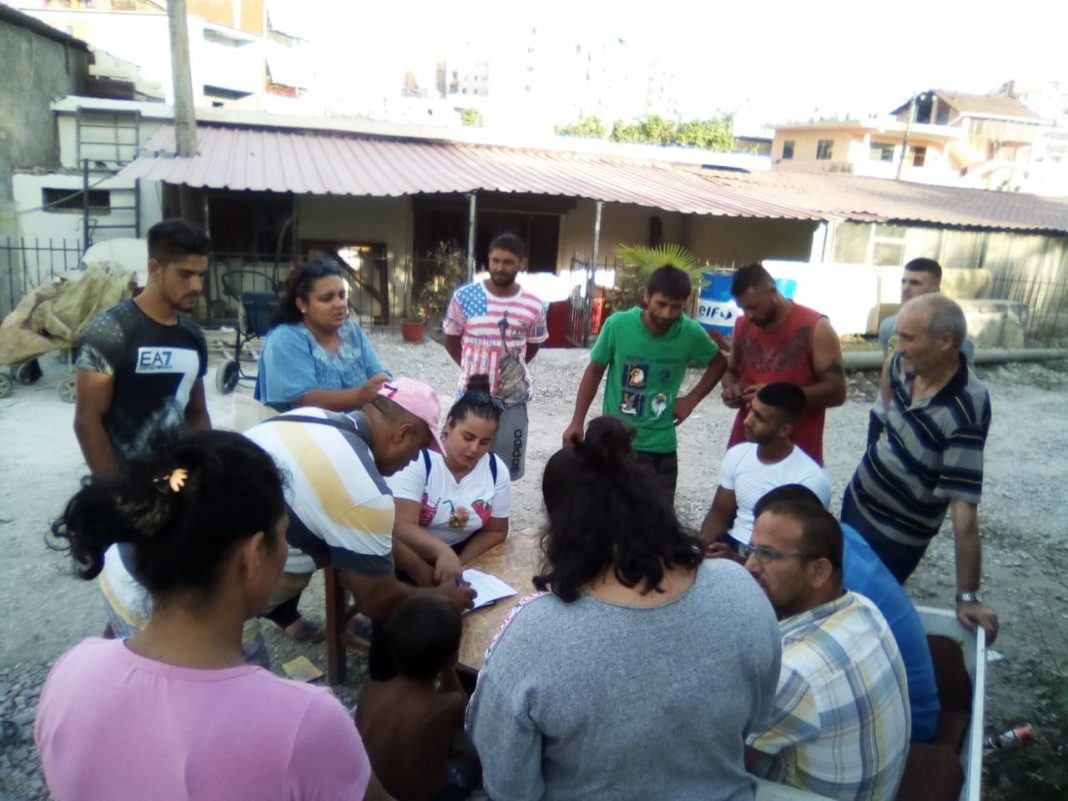 Integration in the job market is among the greatest challenges encountered by the Roma and Egyptian communities in Albania. According to a 2016 study from UNDP, around 31.6% of Roma and 13.3% of Egyptians trade second-hand clothes, while 35.1% of Roma and 12.8% of Egyptian collect materials for recycling. These activities are their main source of income; however, they do not provide a sufficient amount to secure these families a dignified life. But, why do these people find it hard to break through the job market?

According to the president of the Youth Roma and Egyptian Movement, Ervis Çota, the reasons behind low employment figures start from discrimination.

Çota explains that discrimination comes in idle forms, which means that it is difficult to evident and document these cases, and as a result, it’s even more difficult to appeal to it. The employment office, in general, conveys this negative attitude through gestures or by showing neglect however, this cannot be evidenced.

Among others, Çota also added vocational training and qualifications as another problem, which means that the market seeks qualified workers, something that is affecting a lot of Roma people.

Even success stories have fallen prey to discrimination. Klaudjo Taho has been working at the municipality of Tirana for three years and he recounts that his path has not been simple at all.

“I was aware that initially, I didn’t have any experience so I couldn’t aim for a position in public administration, even though I had finished my Bachelor studies and was in the process of getting my master’s degree. So in four years, I had to take in as many experiences possible”, he said.

According to him, Roma and Egyptian minorities face two challenges. On the one side hardships coming from a lack of education, employment, and income, while on the other hand, they are face discrimination due to their language, outfits, or physical features, which are seen with hostility. Nevertheless, apart from this phenomenon, there are positive examples of Roma people integrating into society as well as establishing great intercultural relations between Roma families and the rest of the population.

In written review over the situation, the Regional Cooperation Council determined that “poverty and the desire to secure the basic necessities considerably decrease the opportunities of the Roma to follow up professional learning centers and training courses, or to be involved in jobs. Instead, they are forced to make alternative choices that are often informal. The rate of informal employment is estimated at 63% within the integration of the Roma”.

The report also highlighted that the “main obstacles for the employment of the Roma is poverty, segregation, lack of faith in existing employment programs as well as past experiences. People from the Roma community also face idle barriers for their employment, including proximity to the workplace/school, discrimination, and stigmatization, migration rates, not having IDs or other personal identification and administrative documentation and lack of information on existing employment programs, etc. the majority of hiring offices and vocational training centers do not have any employees with a Roma descent, which generates misunderstandings between the administration and communities, and sometimes even discriminatory stances when providing their services. ”

Discrimination is one of the obstacles. In 2020, apart from individual complaints filed at the Office of the Commissioner for Protection from Discrimination, another 21 claims were deposited from organizations with legitimate interests and unions (3 pending claims and 18 recorded in 2020). In general, the complaints were coming from organizations dealing with the protection of youth interests, the Roma/Egyptian community, people with disabilities, etc. Out of the pending cases from 2019 and dealt with during 2020, 17 were supported by different NGOs, meanwhile in 2020, in 5 cases, the persons submitting the claim were assisted by civil society organizations.

Also, sometimes the information provided by civil society organizations, unions, or the media has served as a hint to consider starting off a case from the side of the Commissioner. During this year, a sensibilization of various unions has been noted, who have addressed the problems raised by their respective groups.

To overcome this challenge, the Albanian government has compiled policies in line with the vision and directives set out by the European Union which outline intervention and concrete measures for employing Roma and Egyptian, including free professional courses, but according to Ervis Çota there are some obstacles.

“This issue has some hurdles. Given that Roma and Egyptian are mainly working in informal sectors, which are their sole sources of income, they do not have the luxury to abandon their job and enroll in courses because they have no other source of revenue”, he said.

Among others, he emphasized that the organization led by him has proposed that Roma and Egyptian people already enrolled in a course be awarded a scholarship in order to cover their expenses throughout the duration of the course.

“I think covering their basic necessities is a good motivation”, he said.

Klaudio asserts that these courses have helped him a lot, and according to him there is an entire generation that is mobilized and contributes significantly to civil society in addressing problems.

Even local offices, although in small numbers, now have representatives from the community who have either been chosen or work in local administrative offices, an indicator that brings encouragement that the situation is heading towards improvement.

He says that the steps undertaken by the Albanian government have always added an element for the protection of the rights and integration of the Roma and Egyptian people in the society.

“Along with local and central plans seeking to increase their involvement, I would single out the law for the protection of national minorities, where the Roma people and Egyptian are recognized as two of the nine national minorities in the country”.

Another problem is related to delays encountered until a course is formed because a certain number of people is needed, and given that this might need months, people lose interest and the group disintegrates.

Another reason listed by him is the difficulty to adapt in the workplace due to their culture and lifestyle.

But despite continuous efforts by institutions to improve the situation, unemployment figures among the Roma and Egyptian minorities remain very high.

Coming back to the Regional Cooperation Council’s report which underlined that according to the Ministry of Finances there has been a visible improvement in the employment of the members from the Roma community since 2017. Data shows that 842 Roma people had enrolled in vocational training courses. Of these, 193 concluded the training course successfully, while 174 were hired at the end of the process.

Furthermore, 845 Roma people were employed through the Regional Cooperation officers. The employment occurred mainly due to the number of participants in various activities such as:

These results show that the government has made some efforts to guarantee that the Roma benefit from some of the main active measures of the job market and also take specific measures to boost their economy.

The same data shows that the situation is still far from its strategic objective and diminishing the gap between the Roma and the rest of the society. Apart from the technical improvement and monitoring system, Albania needs to redesign employment policies in order to produce better effects on the ground.

A study conducted by UNDP in 2016, concluded that 47.9% of Roma people and 54.8% of Egyptians from the working-age population (15-64 years old) are unemployed. Only 24.1% of the Roma people and 26.2% out of the Egyptians are currently employed. Compared to the other part of the population, unemployment levels are four times higher, meanwhile, formal employment is around four times lower.

Data by INSTAT shows that in the fourth semester of 2018, the official unemployment level for the age group of 15 and above is 12.3%, while the formal employment rate is 60%.

Hence, the employment of the Roma community in public administration posts has actually not scored any improvement in Albania.