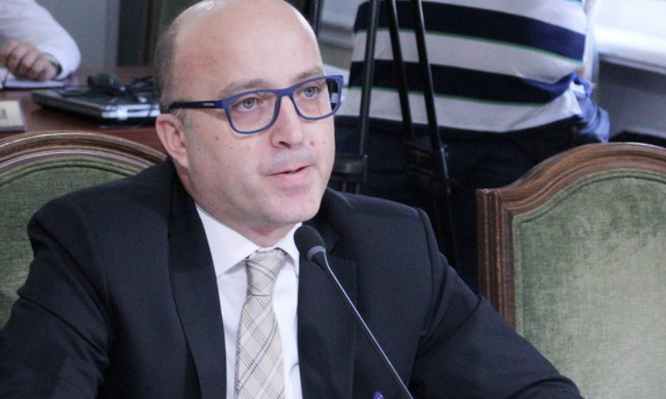 The High Inspector of Justice (ILD), Artur Metani continued today with the requests for the dismissal of another four high magistrates.

Metani addressed his dismissal requests to the High Judicial Council, on the grounds of serious disciplinary violations and damaging the figure of the Judge for the three Judges of Durres, Klinton Spahiu, Petrit Ceno and Petraq Dhimitri, sentenced by the former Serious Crimes Court on charges of passive corruption.

Likewise, Metani has asked the High Judicial Council (KLGJ) to review his request on the dismissal of the Judge of Tirana’s Court of Appeals, Evgjeni Sinojmeri, who only a few days ago was dismissed by the first instance stage of the Vetting process.

Previously, with the request of the High Inspector of Justice, the Judge of Korça, Markeljan Kuqo, the Judge of Kruja, Enkelejda Hoxha and the Prosecutor of Kruja, Bujar Memia have also been removed from office.