Turning the page on COVID-19? Here’s what experts say 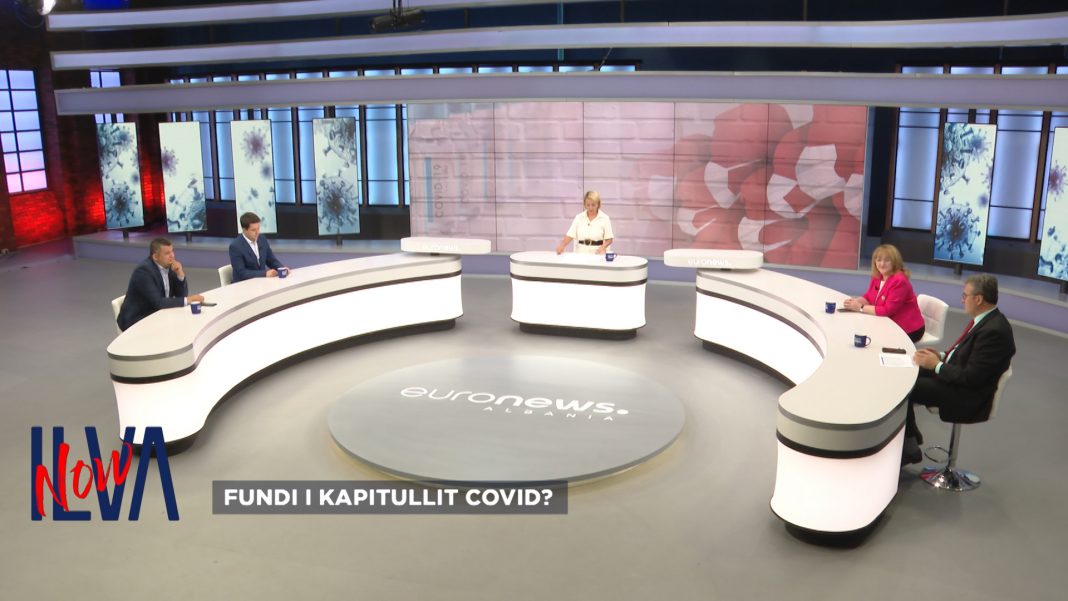 On tonight’s Ilva Now, top public healthcare authorities are discussing the latest dynamics of the epidemiological situation in Albania.

Deputy health minister Mira Rakacolli and Skënder Brataj, chief of the National Emergency Services, are sharing the panel with epidemiologist Ilir Alimehmeti, and journalist Mentor Kikia to present their views on the impact of the vaccination process as well as potential threats from another wave.

According to Brataj, the situation is not as “calm as it appears” as there has been a slight rise in hospitalizations witnessed in the last few days.

Asked by journalist Ilva Tare over the news that there were no new hospital admissions in the capital’s main COVID hospital, Brataj said that the story was only partially true, explaining that was the case in the main hospital only.

“There is a resistance from citizens that do not want to come to Tirana but instead be treated in regional hospitals which now have the adequate equipment and qualified staff. Luckily, there aren’t any severe cases like the ones we were seeing before”, explained Brataj.

He also insists that potential consequences from the large gatherings during the electoral rallies will only be seen after 2-3 weeks, however adding that “the expected wave is not to be compared with the ones seen earlier during the year”.

Discussing the decision to enter a total lockdown last March, virus expert Alimehmeti described the decision as “not an easy one”, adding that in turn it “bought time” to prepare for the management of the pandemic.

“We are starting to see the positive impact of the vaccination process, but public healthcare experts are not convinced that we’ve reached herd immunity”, said Rakacolli.

According to epidemiologists Ilir Alimehmeti, the term “herd immunity” should not be thrown around as it can lead to misconceptions.

“Herd immunity is a very dangerous concept because it does not imply that if a certain percentage is achieved, then we are protected. Even if I am vaccinated, or I haven’t had COVID-19 before, I still might contract the virus”.

Regarding tourism, as one of the sectors that the country relies on the most as a source of revenue, minister Rakacolli said that with current figures it is highly unlikely to impose restrictions for citizens wanting to cross the Albanian border.

The chief of the National Emergency Services confirmed that the Indian strain has not been detected in the country so far.

“No, we don’t have a confirmation. I don’t think it has arrived in Albania, but whatever the case, strains are something else, it is not more aggressive. What is happening in India is not due to the strain, but due to the millions of people there”, he said.