“What will tourism look like this summer”, minister Klosi shares panel with experts on Ilva Now 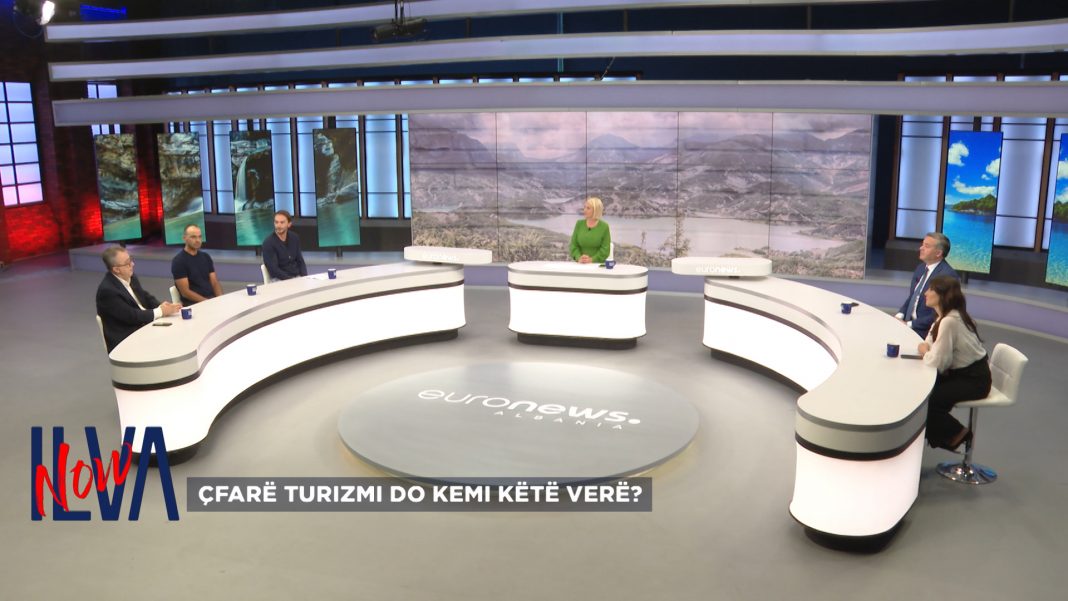 Rising temperatures are making Albanians flock to beaches, although the tourism season has not officially kicked off yet.

Minister of Tourism Blendi Klosi told journalist Ilva Tare that despite declining infection rates in the country, there is still a cloud of uncertainty on what will the tourist season look like this summer.

Minister Klosi underlined that on top of annual problems, the pandemic is still prevailing, making it more difficult to foresee how will the situation unfold with tourists from Europe.

“It seems difficult to have a well-organized tourism from Europe, as European countries have yet to formulate policies with countries outside the bloc”, said Klosi.

Furthermore, the tourism minister did not state any official date on when will the tourism season be officially considered open due to the current curfew and other pandemic-related restrictions.

“It has not been outlined yet what will happen this summer season, said Klosi, adding that he is hopeful that the vaccination process will contribute to “the form of tourism that everybody is hoping for”.

Tourist operator Besnik Vathi praised the government’s decision to allocate €820.000 for tourism with the aim to promote Albania as a “COVID Free” country.

Vathi suggested that the Ministry of Tourism needs to create a powerful lobby to promote the country.

“I commend the minister for the decision taken today, to accord €820.000 in promoting Albania as a safe country, but it is not enough. We should fight countries that are designating maps on account of their own interests. The Ministry of Tourism needs to push lobbying to various governments to present Albania with the highest positive results possible”, he said.

According to journalist Iva Tiço it is the consumer that determines the market and suggested that the government should focus and invest more in these specific indicators.

Furthermore, Tiço listed several factors that are important before officially declaring the season-opening, including cleaning up the beaches, training tourism staff as well as large infrastructural investments.

“There should be large investments, in airports and highways, as well as training staff to welcome tourists, as the main thing that people complain about is the service”, said Tiço.

Environmental activist Ened Mato took on a more critical approach and criticized the government for “not having a clear strategy”.

According to him, investments made so far in the south have created a “chaotic and hostile situation”, both to the environment and with the local community.