Unpublished | Experts: Hospitals, amongst the places where counterfeit money circulates the most 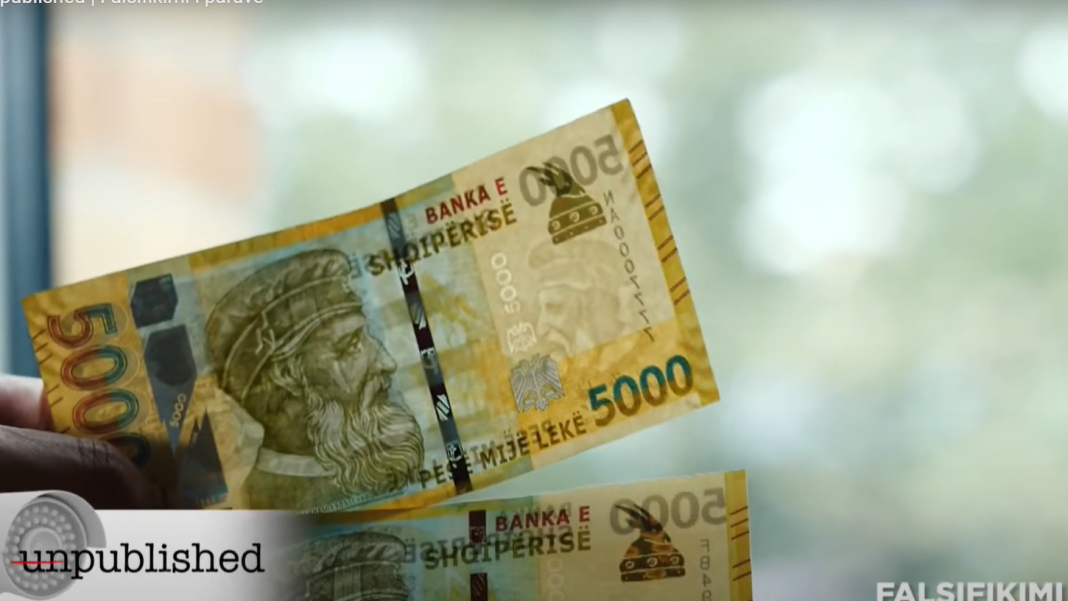 This week, Euronews Albania’s documentary series Unpublished was focused on the investigation into the illegal market of counterfeit money in Albania. The places, where fake banknotes are mostly entering the market according to experts, are the offices of foreign exchange, gas stations, livestock markets, supermarkets, etc. Additionally, the most adequate periods are the touristic season as well as the end of the year holidays.

“The counterfeiter always looks to put this money into circulation in places, where the attention and knowledge about fake bills are at low levels. It is interesting to note that some of the places, where counterfeit money is mostly put into circulation, are premises around hospitals and healthcare centers, followed by suburban units of buying and selling. These fake bills circulate in gas stations and undoubtedly in post office counters, counters of OSSHE and WRA and every other counter possible, where the exchange for cash is required,” – said the expert on the investigation of counterfeit money, Viktor Hajdari for Unpublished on Euronews Albania.

Experts are raising the alarm, saying that in recent years, forgers have changed their interest in the smaller cuts of banknotes, in order to move onto larger ones.

“Based on my research on banknotes that get forged, the most are the ones valued at 2 000 ALL, but recently we have seen a rise in the counterfeit of 5 000 ALL bills. The counterfeit of bills that have a higher value creates a really big problem for the economy of the individual and especially the country’s,” – said professor Sherif Bundo for Unpublished.

But what are the reasons that counterfeiters are now finding themselves more focused on these larger bills, according to experts?

“We have several emissions of the 5 000 ALL cut banknote in circulation currently, including the new cut. Year after year, the Bank of Albania enhances certain amounts of banknotes with extra elements. These extra elements create confusion in the eyes of the public and this confusion plays in favor of the counterfeiters,” – says the expert on the investigation of counterfeit money, Viktor Hajdari for Unpublished Euronews Albania.

This illegal product enters our country through placed orders as well.

“There are cases when these banknotes are produced through orders. Therefore, in case certain people are interested to put this fake money into circulation, they place an order on the amount they want. The person that possesses the banknotes comes into contact with other people, who contact other people that could be interested. A 5 000 ALL banknote is bought for the price of 1 600 ALL and after it’s put into circulation,” – says investigator Ermira Tafani for |Unpublished Euronews Albania.