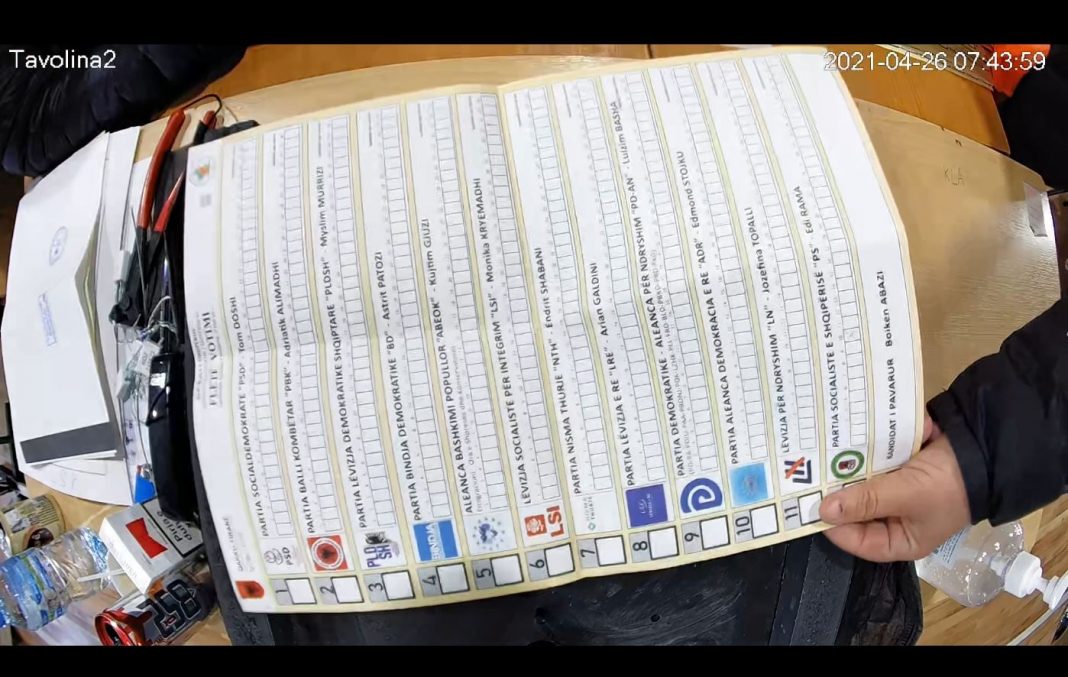 The VV headquarters in Albania have continued to publish the video footage taken from their independent candidates in the electoral district of Tirana, Lezha and Gjirokaster, respectively Boiken Abazi, Iliaz Shehu and Kreshnik Merxhani during the counting process of the April 25th parliamentary elections in Albania, which are also illustrated through photos that according to them, prove how the votes for LVV were abused.

According to VV, its observers have identified how this method of “counting” was happening en masse, where the box pertaining to the electoral subject no. 13 was covered throughout the entire time, as soon as the ballot paper appeared on the screen of the counting desks.

“This ‘counting’ method is a flagrant violation of the Electoral Code and the Guidelines of the CEC. By hiding the box pertaining to electoral subject no. 13, you can’t understand if there is an ‘x’ in that box or not. Let it be understood that this phenomenon, which was happening massively, was part of the plan to manipulate the will of the people and to disqualify the independent candidates from the race,” says the region of VV on social media.

Shkodra seems to have become a hotspot for all foreign tourists who are visiting Albania this year. With its picturesque landscapes and enchanting legends, Shkodra...
Read more
Albania

Albanians flock to Montenegro for the weekend, long queues at the border

Kilometer-long queues have been formed at the border crossing between Montenegro and Albania, after what seems a destination that citizens of our country have...
Read more
Albania

Albanian Ambassador to Greece: Travel restrictions have been lifted, however quotas will remain the same until June 28

Although the Albanian Ministry of Foreign Affairs announced that Albanian citizens can travel to Greece for non-essential reasons, the situation at the Kapshtica border...
Read more