Former President Nishani for Euronews Albania: I won’t be running for party’s chairmanship 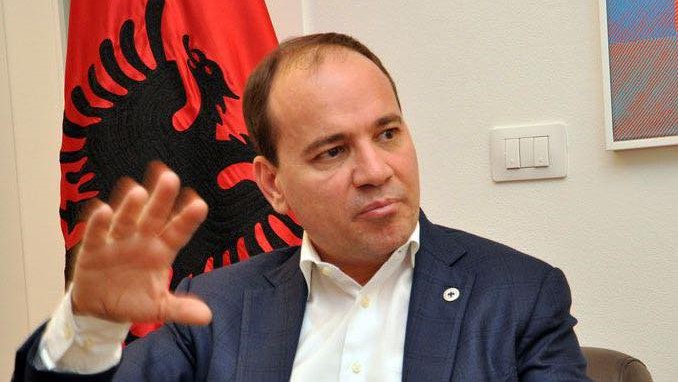 Albania’s former president Bujar Nishani met with founding members of the Democratic Party in Korça to hear out their proposals in reforming the party.

As one of the main critics of current leader Lulzim Basha after his defeat at the polls, Nishani said that the thing that matters the most is a reform for the DP, rather than the party’s chairmanship.

“The matter at hand is not about Basha leaving, but taking up political responsibilities larger than the interest of a leader. We see this as a process that is more far-reaching than just changing the leader”, said Nishani.

“I have faith in the political power of DP’s members and that we will bring the party at the top. Albania will win when we oust this form of governance, we have all the forces and resources to do that”, said the former president.

Asked from Euronews Albania journalist Xhensil Shkëmbi on his intent to run for the party’s chairmanship, Nishani denied it categorically.

According to him, the DP needs “drastic reformation” in many aspects.

“To resign means being civilized and responsible. His resignation would indicate that the interest of the party stands above all else. That is why we need a reformation, we are the party of the youth, intellectuals, and actions. Today, the DP no longer belongs to the youth. We need to create a 2025 vision. If we don’t do that, the current government will continue not only for 8-12 years but perhaps another 20-25”, said Nishani.