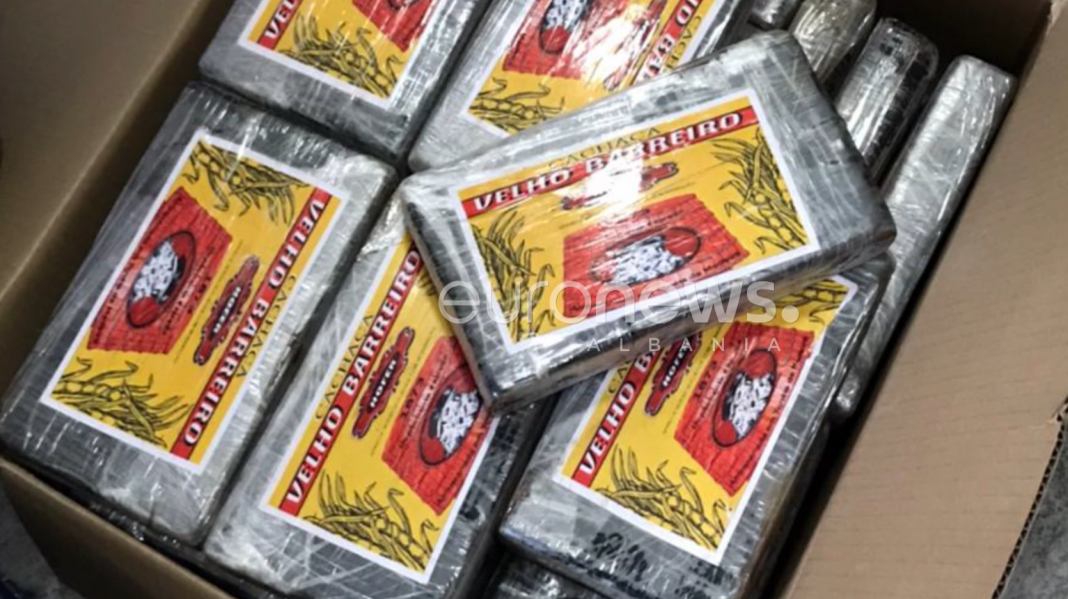 Euronews Albania has secured detailed footage of the cargo containing 400 kilos of cocaine seized at the Kosovar border on Monday.

The container busted in Kosovo was offloaded at the port of Durres in Albania masqueraded as the famous Brazilian alcoholic beverage “Velho Barreiro”.

On Tuesday, Italy’s border police “Guardia di Finanza” came out in a press conference to provide further details about the major drug bust.

The container was initially spotted by Italian authorities in Calabria which signaled the suspicious container and launched a joint operation with Albania and Kosovar authorities to trace the shipment to its destination.

Guardia Di Finanza said it had detained 25 people and arrested 7.

The estimated value of the cocaine seized is €100 million.

The Ambassador of the United States to Albania took it to Twitter to praise the “strong cooperation between SPAK, law enforcement authorities, and DEA”.