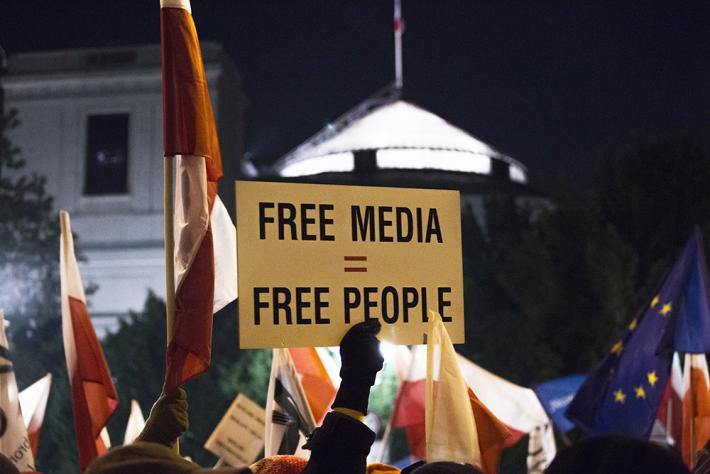 The report highlights that Albania has achieved progress towards democratization over the last 30 years, or after the fall of the Communist regime.

However, the report notes that the progress has not been linear. Media tend to reflect a central dynamic, where clientelist media characterized by interdependence, and secret politic-business ties, seem to be dominating overall.

The Constitution of Albania guarantees freedom of speech, media, and the right to be informed, however, the report points out that these freedoms are not implemented in their entirety, indicating several deteriorating signs.

In its recommendations, it is highlighted that more work is needed in securing and implementing legal guarantees for freedom of speech.

Regarding the financial state of journalists, the main difficulties encountered in 2020 were employment, working conditions, security, and professional development.

Furthermore, the report notes that Albania’s Audiovisual Media Authority (AMA) has not been able to function independently from politics, indicating that its members have political affiliations given that they are appointed by a party/coalition in force.

One of the main recommendations provided in the report is increasing the transparency and accountability of media whistleblowers.

In 2020, there were dozens of legal proceedings against journalists, mainly defamation libels.

Lastly, the report emphasized that cases, where journalists are threatened, should not go unpunished.

Bushati: Rama consults Vucic about what he should or shouldn’t tell Brussels

Analyst Andi Bushati said during his appearance on tonight’s Shock that PM Edi Rama’s choice to stand alongside Vucic when it comes to Brussels...
Read more
Albania

88% of Albanian families have an issue with raising their children while working. This is what a study conducted by the Austrian Agency for Development...
Read more