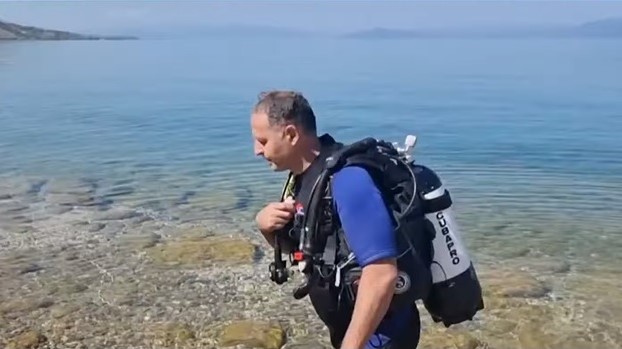 A British aircraft that was shot down during World War II and is now found at the bottom of Lake Ohrid got the attention of three divers from Pristina.

The three of them went this weekend to Pogradec and dove for several hours in search of the rare piece laying in the lake for over half a century.

However, their plan did not succeed as the divers did not have the exact coordinates of the aircraft.

“We couldn’t find the airplane. We had some information from the citizens of Pogradec but not by the authorities”, says Arber Krasniqi, a professional diver from Kosovo.

Besart Kasumi, a young man from Pristina, got to see the aircraft 5 years ago when he was on another expedition.

“We were more organized last time, we also cooperated with institutions who gave us the exact location. It was much easier back then, without the search part. We saw what had remained of the aircraft”, he explains.

But apart from the curiosity to see the WWII aircraft, Kasumi says he is also keen on getting a glimpse of Lake Ohrid’s rich underwater habitat.

The aircraft was shot down during an exchange of fire in the war and fell 7 meters deep in the lake.