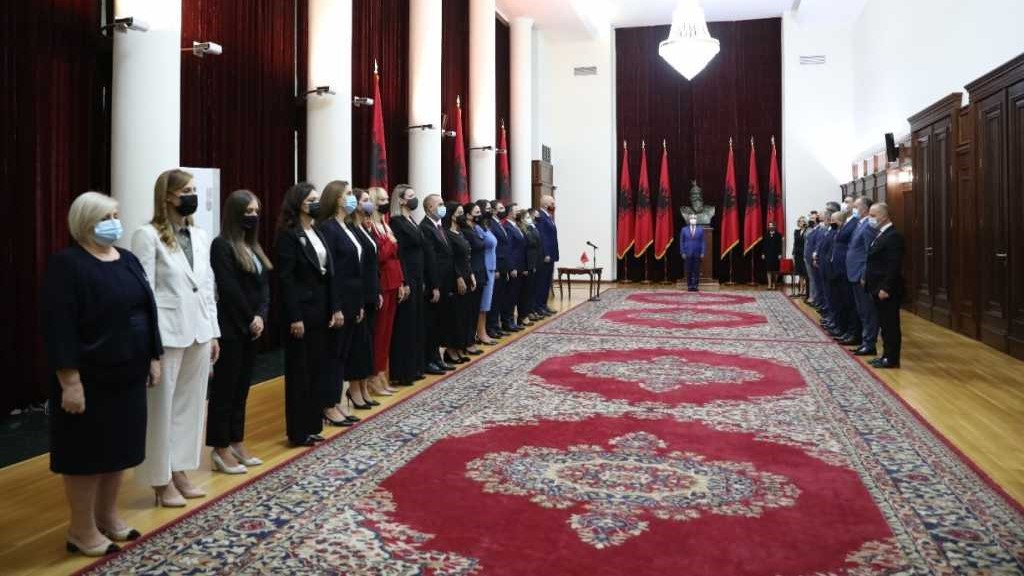 The new cabinet of the Prime Minister Edi Rama’s third cabinet took the oath of office in front of Albanian president Ilir Meta, in a ceremony that lasted for around ten minutes.

The ceremony was not aired live to the public. After swearing in the new ministers, accompanied by PM Rama, walked to the Prime Office.

The prime minister arrived at the presidency only two minutes ahead of the ceremony. Unlike four years ago, when the members of the new government walked together toward the presidency, this time Rama went to the Presidency alone, and the new appointees joined him one by one.

The new cabinet is made up of a total of 15 ministries, of which 12 are women.

The new government program will mainly focus on the post-earthquake reconstruction process, pandemic handling, modernization to boost the development of the production economy, and solidifying the rule of law.

Minister of Tourism and the Environment – Mirela Kumbaro

Minister of State for Standards and Services – Milva Ikonomi

Minister of State for the Protection of Entrepreneurship – Edona Bilali

Minister of State for Relations with Parliament – Elisa Spiropali