The earthquake that struck Albania on 26 November 2019 deepened the housing problem so much, that even after two years there are still families looking for a permanent solution.

Euronews Albania spoke to Flutura Abazi, a mother of two and wife of a person with special needs, while she tells us that she too, has mental health issues. Recently, Flutura rented a home in Tirana but admits that it has been very difficult to sign a contract with the leaser so that she can be entitled to assistance from the Municipality of Tirana.

As a member of the Roma community, her family was among the eighty who were evicted from the premises of the former dormitories of the city’s public cleaning service. The building was deemed inhabitable after the earthquake and will soon be demolished. 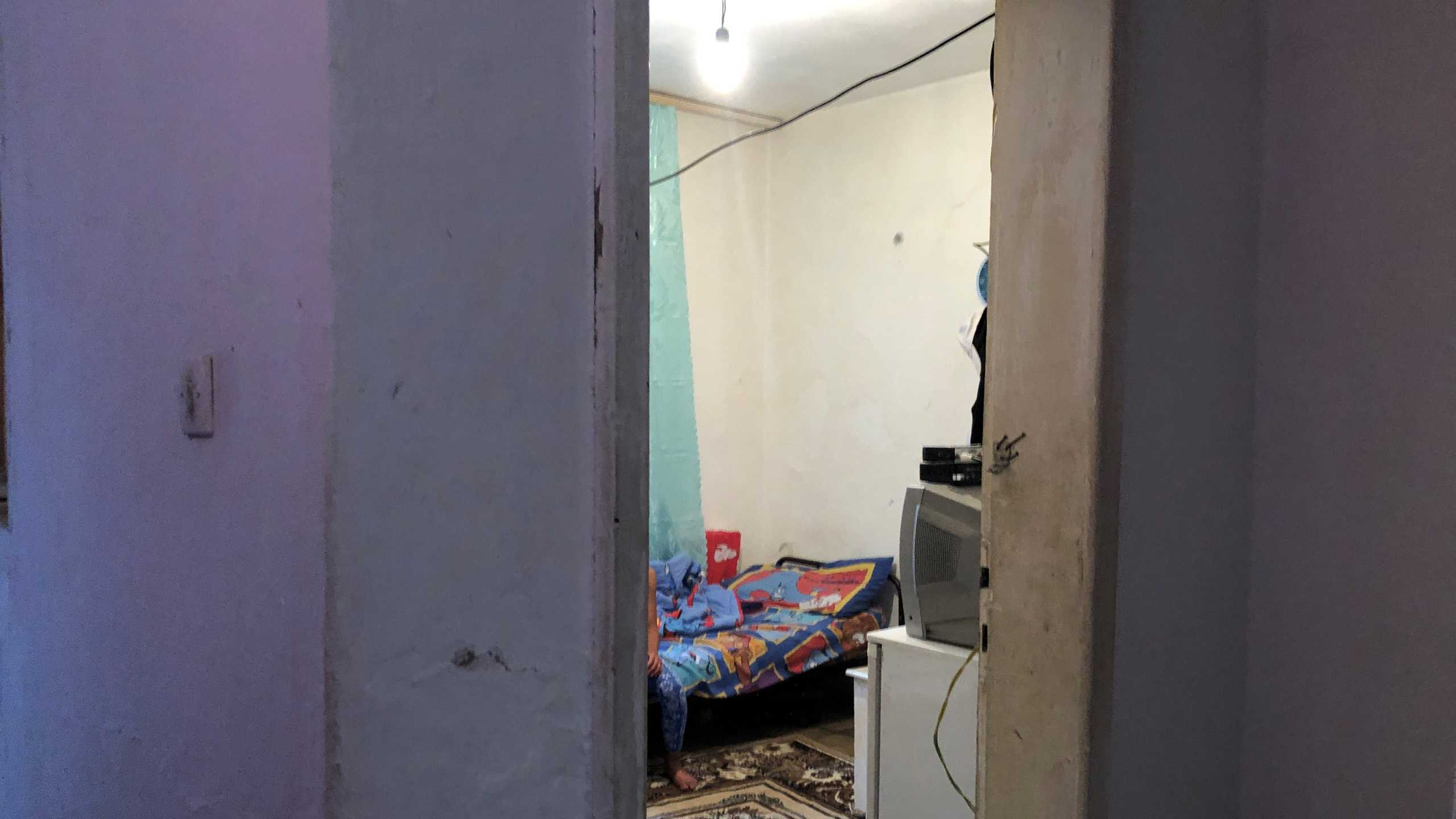 Without having an ownership title for former state buildings – which were privatized during the 90s – Flutura was not eligible to profit from the post-earthquake reconstruction scheme. Many other families met a similar fate, but Flutura’s case is even more complicated, as she is struck by both economic and health hardships.

After reaching out to her with the help of Suela Hoxha, an activist, we learned that Flutura had settled in a private house, not far from where she was living before the earthquake.

“I’ve been staying here for about two weeks, my sister helped me”, she tells us about the current one-story house she is living in, which has only two rooms. 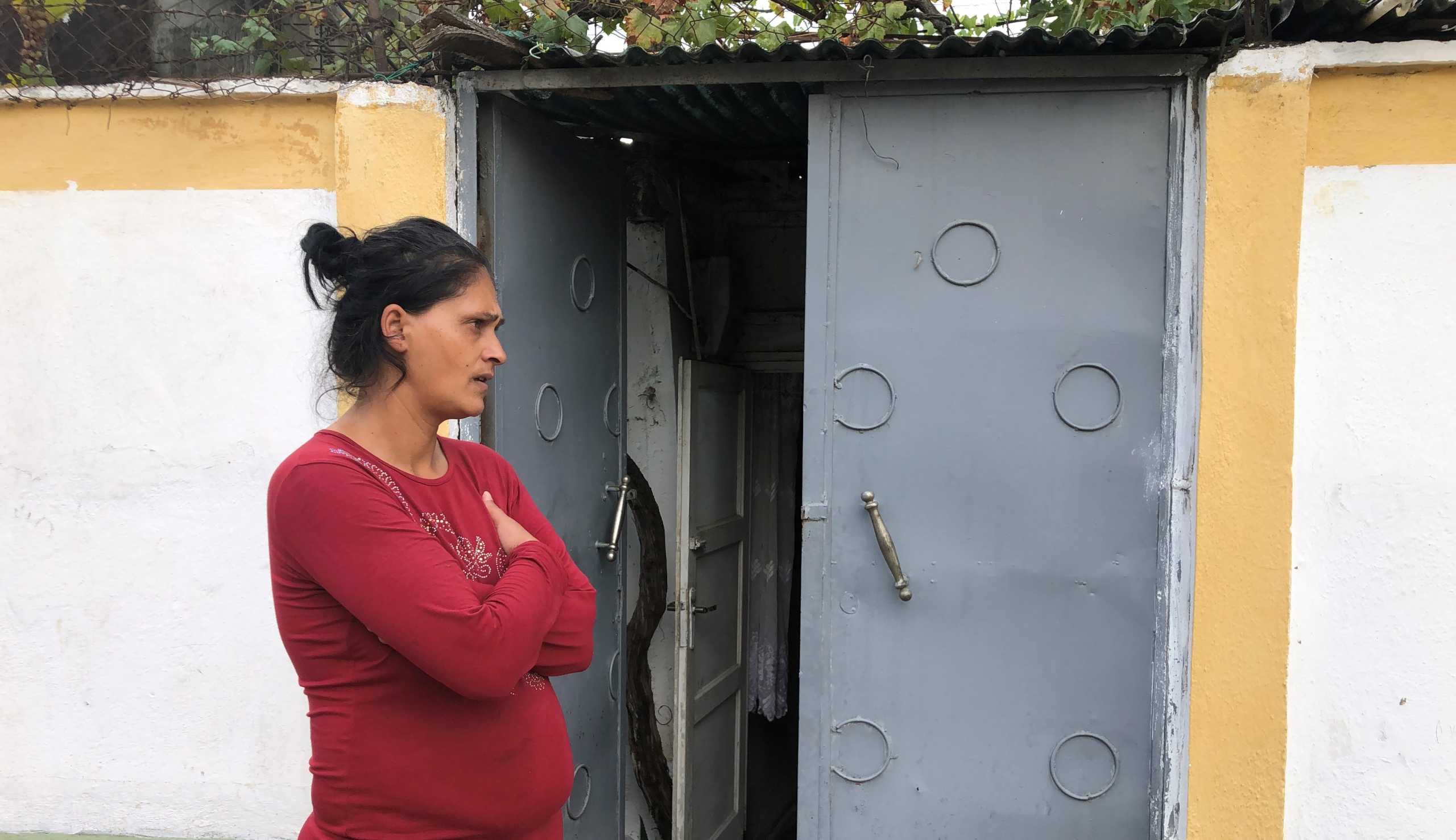 Her sister is covering rent, but as she makes a living out of cleaning, she fears that she cannot provide for her sister for long. Discrimination and antigypsyism, a special form of racism directed towards Roma, is the main reason why it has been so hard for Flutura to find a rental home for herself. Namely, according to the latest Balkan Barometer Survey, which examined the business and public opinion in the region, only 29% of citizens in Albania would be comfortable renting the apartment to Roma. That means that the Roma have much fewer chances to get the apartment, regardless of their education, monthly income, social status, or anything else – only because they are Roma, which is concrete proof of widespread antigypsyism. In general, leaseholders tend to back away when they see cases like Flutura’s.

As Liri Qoshi told us, the director of Administrative Unit 4 in Tirana, in order to get a rental bonus, Flutura needs a contract, an ID, and the bank account of the homeowner. She said that unlike last year, where rent payments were initially passed to the beneficiaries, now the Municipality of Tirana passes them on directly to the tenants in the bank.

Nikoleta Martini, an assistance worker at Administrative Unit 4, explained the procedure to Flutura and the tenant of the house that has been paid for by her sister. He appeared very understanding and vowed to finalize the ordeal within the next 2-3 days.

This was a very good example of public institutions providing their support, and the mutual will to solve the case of Flutura. But there are many cases like Flutura’s that are still waiting for support from the institutions, although the leaders of the Western Balkans six economies, including Albania, pledged in Poznan 2019 to strengthen government structures to protect against discrimination of Roma, by signing the Declaration of Western Balkans Partners on Roma Integration within the EU Enlargement Process.

Since November 2019, Flutura has not secured a roof over her head. She said that during this time she either lived with her relatives or in the streets.

Time after time she finds a safe haven at the community center Gonxhe Bojaxhi, but her biggest fear is her daughter, and what the future might be holding on to for her.

Over 14,000 families received rental bonuses after the November earthquake. According to the Ministry of Finances, nearly 20% were from Tirana.

Twenty-eight buildings were deemed inhabitable in Tirana due to severe damages caused by the earthquake. Many of them will soon be demolished, while in the “5 Maji” area several building blocks will be erected. What worries Flutura is that she will not profit long-term from the program, since the rent bonus only covers rent for a year, and that she will find herself again on the street.

Albania gets sued by Strasbourg, a history of abuse from a Roma family in Fier

In 2013, several Fier police officers physically assaulted a family of the Roma community. Only 8 years later was justice restored for this family by...
Read more
Albania

Kosovo’s PM Albin Kurti will be meeting with KLA veterans later today. PM Kurti was the one who through a request obtained by KosovaPress has...
Read more
Barometer

Is SPAK working? What do Albanians think?

Only 2 in 5 Albanians (39.7%) think positively of the work done so far by the Special Prosecution Against Corruption, also known as SPAK. 1...
Read more