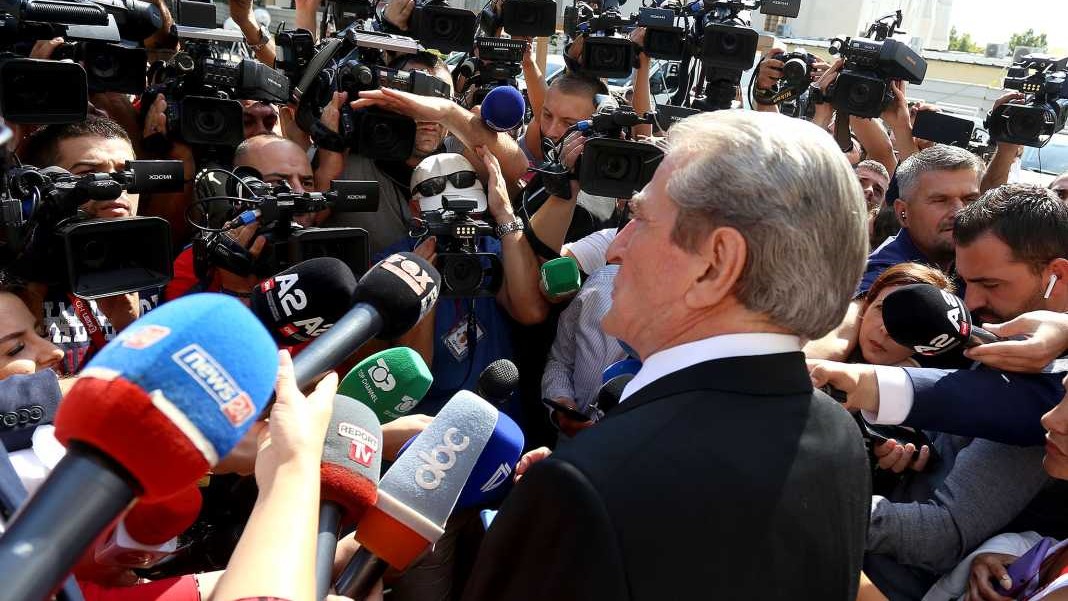 The US State Department has reported in front of Congress on public designations issued on individuals accused of high-level corruption.

In the list published on Twitter by US Ambassador Yuri Kim, the name of former Prime Minister is also mentioned, along with his wife and two children.

State Dept report to Congress regarding those designated for significant corruption https://t.co/EslqUAbbKq

The former Albanian premier and co-founder of the Democratic Party, as well as his immediate family members, were declared persona non grata on May 19.”

Former President of Albania Sali Berisha’s corrupt acts undermined democracy in Albania. I am publicly designating Berisha and his immediate family members as ineligible for entry into the United States. We remain #UnitedAgainstCorruption with our partners in Albania.

In his official statement, Blinken stated the corruptive acts such as ‘misappropriation of public funds interfering with public processes, including using his power for his own benefit and to enrich his political allies and his family members at the expense of the Albanian public’s confidence in their government institutions and public officials’ that were mainly conducted during the time Berisha was holding top executive posts.

The following day, Berisha came out in a press conference referred to the accuse as a ‘pubic defamation’ and shortly after announced to take the issue to an international tribunal.

“There is no one in Albania or in the world that can say that I am or have been implicated in any sort of corruptive affairs, that is why I instructed my attorney to take the case in a neutral country, a well-respected one such as France, to file a public defamation lawsuit against Antony Blinken”, said Berisha at the time.

In the report submitted to Congress, the State Department also provides ‘credible information’ on the corruption and violations that the individuals listed have been involved in, such as “significant corruption, including corruption related to the extraction of natural resources, or a gross violation of human rights,”.

‘Quick fixes’ to the tax system only mess things up for business and staff, says expert

Campaigns to apply ‘quick fixes’ to the taxation system happen often, and they only create further trouble for both businesses and the self-employed. This is...
Read more
Shock

The price of raw materials in the building industry went up by 20-40% since the end of the pandemic and the start of the...
Read more