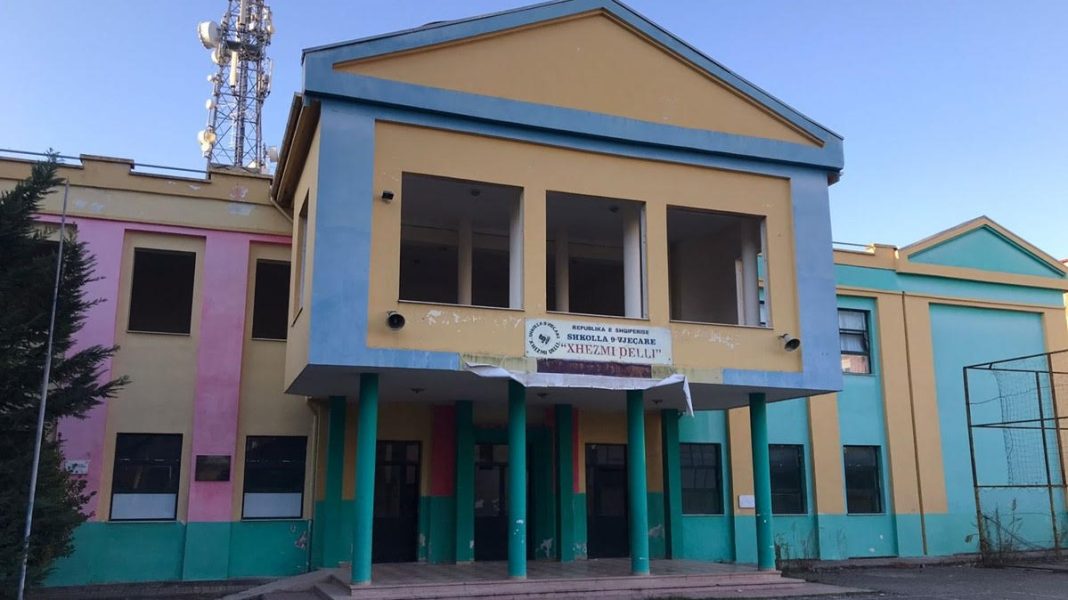 Unlike many other educational institutions in Tirana, the pupils of the public elementary school “Xhezmi Delli” were not able to seat on the desks of their own school.

After the devastating earthquake that struck Albania two years ago, an evaluation of damaged objects ruled that the school pertaining to Administrative Unit nr. 3 required full reconstruction, adding it to the list of 23 education institutions that need to be entirely built from the beginning.

One of the particularities of this school is that it has a significant number of Roma children, who live nearby the school premises.

From a ground observation, it can be clearly seen that the school has been completely abandoned, with no windows, no doors, and what appears to have been a sports field whose only testimony of its existence are its rusty railings.

Most likely, pupils won’t be set to return to their classes next year either, as confirmed by the Municipality of Tirana, the school is still under the procurement process, alongside other institutions being funded by the “EU4Schools” program.

This means that a company for its reconstruction has not been selected yet, as noted on UNDP’s portal, the organization tasked to implement the program financed by the European Union.

To verify whether there was an update we reached out to UNDP, which confirmed that “we are under the evaluation process for the selection of the construction company”, adding that “implementation works for reconstruction of this facility is foreseen to take 8 months from the starting date”.

According to the European Union Agency for Fundamental Rights (FRA) Roma survey on Education, economic reasons are the main reason for early drop out of Roma children, while practical reasons, such as the distance from the school are on a high second place. This is why there is an urgency to renovate the school “Xhezmi Delli” as soon as possible.

The 2020 Statistical Bulletin of the National Employment and Skills Agency highlights that “66% of Roma have either no education or elementary education”, compared to the national average of 99.3 who have completed elementary school, according to data provided by UNESCO from 2018.

Locals are not shy to approach and immediately begin to list their grudges against what they call “procrastination of reconstruction”.

Their children are now forced to go to “Dardan Nikoti”, another school located 20 minutes away by walk.

Parents complain for Euronews Albania that this poses yet another hurdle, as now their children have to be accompanied to school.

“It is a huge problem, we must bring the kids here ourselves as there are too many cars around and it’s dangerous”, tells us one of the parents we spoke to, adding that this is also having a negative impact on daily attendance.

“After the school got damaged, we brought the kids here at Dardan Nikoti and we were told that by September kids would return to school. In 2020, our children came here again. I walk them here no matter if it’s pouring rain, or windy … I have four children here. I am tired. I don’t understand why they aren’t building the school”, complains another parent who also recalled the days when she would sit on the benches of Xhezmi Delli.

Euronews Albania sent a request for information to Tirana’s Local Education Office to learn how much longer will pupils have to stay in the alternative school but has yet to receive a response at the time of this article’s publication.

In regards, to the deadlines on the termination of reconstruction work, Euronews Albania also reached the Municipality of Tirana and is currently pending a response.

Under these circumstances, it appears that students will have to continue making double efforts to attend school, while a cloud of doubt reigns over on an exact day when will they finally go back to their own school.