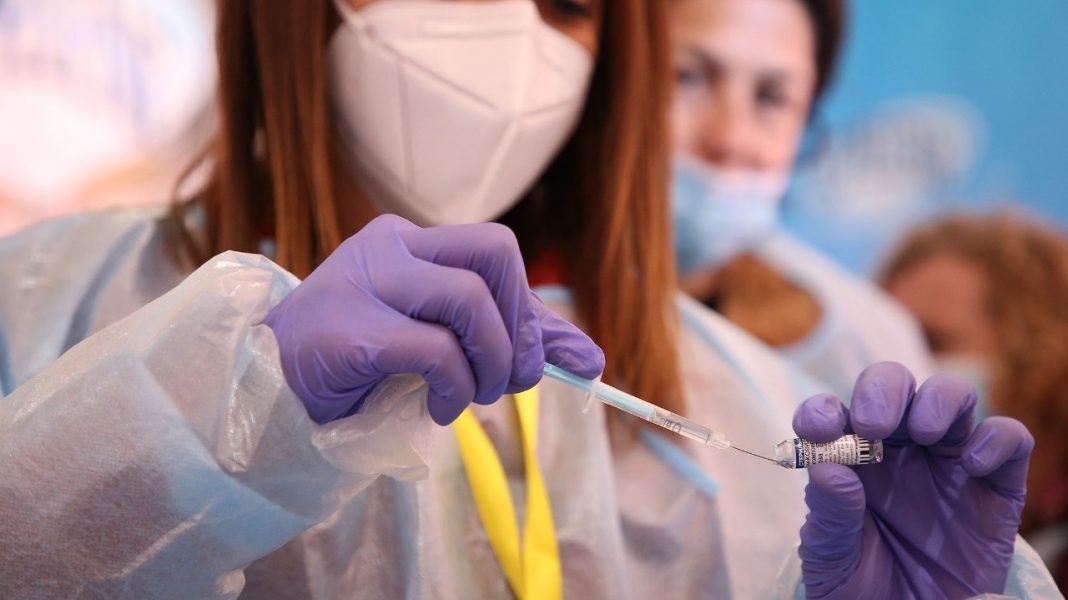 Starting from Wednesday, all citizens older than 18 may get a booster shot, at least 6 months after getting the second dose, said health minister Ogerta Manastirliu during Wednesday’s plenary session.

Standing at the parliament’s podium, the health minister appealed to citizens to get vaccinated and respect COVID prevention measures.

Minister Manastirliu declared that the Albanian government has entirely covered the purchase of the vaccines, estimated at around $36 million USD, in order to push forward the national vaccination plan.

“Until now, the Albanian government has funded the purchase of the vaccines to a cost of $36 million USD. The plan is to buy another $27 million USD next year so that we can wrap the national vaccination plan. The agreement we brought here today is to simplify the procedures on acquiring Pfizer doses donated by other countries, which would help us have more vaccines in a shorter time”, Manastirliu said.

According to official figures, Albania has administered 2,111,797 vaccine doses. 965,964 citizens are fully jabbed, and more than 1 million have received at least one shot.