Minister Xhacka: Kosovar women left behind to collect remnants of the war 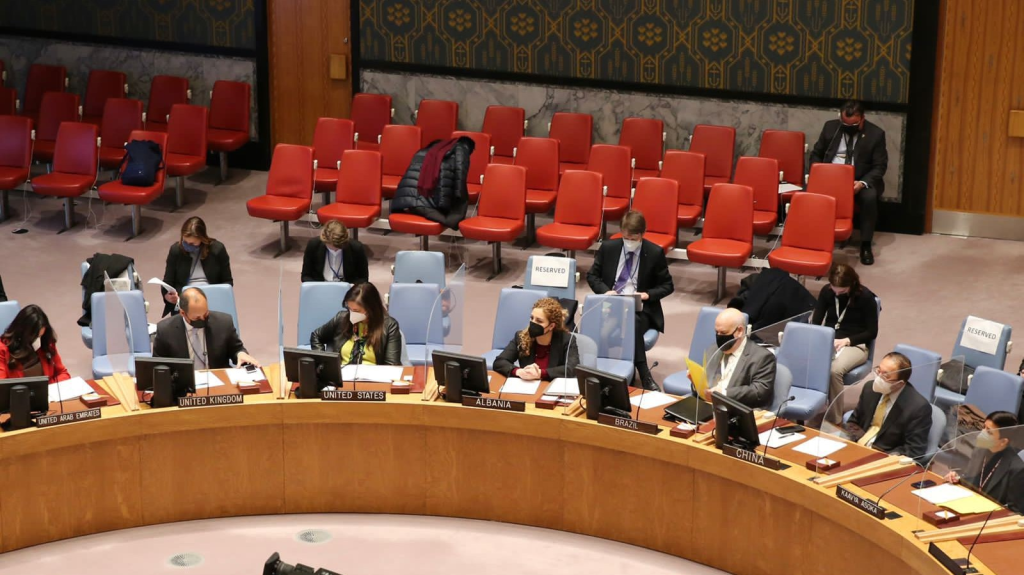 “How is it possible that women still have to fight for something so basic such as equality and to have the same rights as men?”, this was the question posed by Albanian foreign minister Olta Xhacka as she addressed the attendees at the UN Security Council meeting in an dedicated to women, peace, and security.

“It is complicated, that even in the time we live in, equal rights and representation, education and opportunities are not to be taken as granted if you are a woman,” said Xhaçka.

1/1At #UNSC Open Debate on Women, Peace & Security.🇦🇱's main priority for its #SC mandate.We must support women's engagement in peace & security processes. It is inexcusable that women bear the brunt of violence & conflict but are denied a role in their resolution & peacebuilding pic.twitter.com/K6nmyZXcsC

She recalled that not long ago, sexual harassment was used as a weapon against thousands of women in Kosovo.

“I say this as a lesson that we Albanians learned from history. We saw that in Kosovo. Women were left behind to take care of children and collect the remnants of the war”, she said.

The Albanian FMA said that women were “raped, tortured and killed” as part of an intentional and criminal ethnic cleansing campaign.

It is believed that more than 20,000 citizens were sexually abused during the war in Kosovo. Of them, only 1,048 obtained status as victims of wartime sexual violence.