Who were the Albanians executed in Latin American countries? 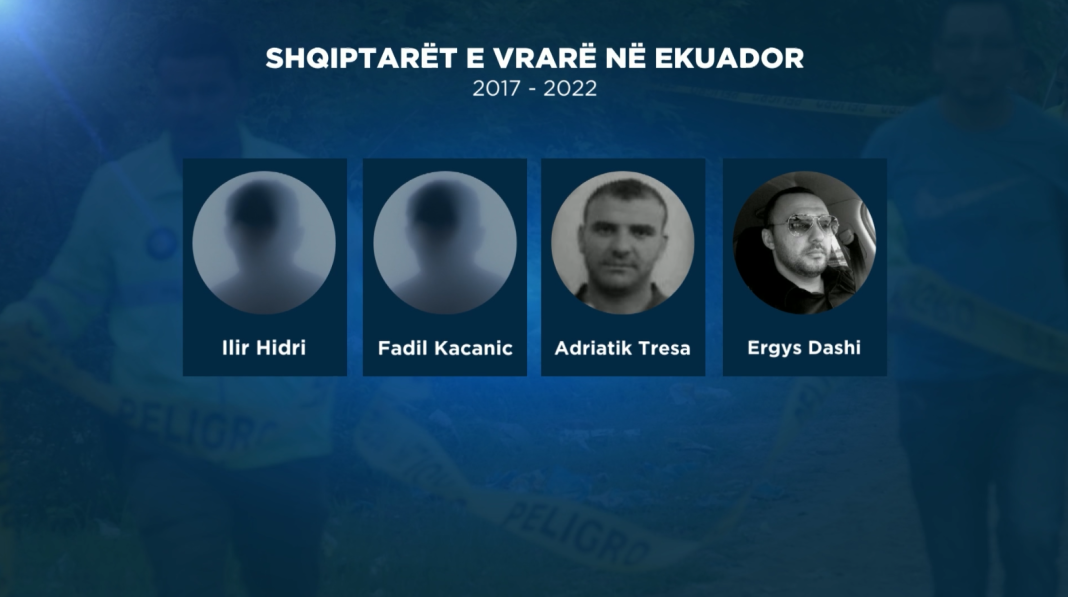 Six Albanian nationals have been murdered in Latin American countries in the last 5 years.

The port of Guayaquil has turned into a hotspot where Albanian clans clash against each other over drug deals gone wrong. On the other side of the Atlantic, over 1 ton of cocaine has been seized at the port of the Durres.

But since when did Albanians establish a presence in Ecuador?

The first to arrive in Ecuador were in the early 2010, with some of them even creating a family there and taking up an important role in the drug-trafficking network.

Ergys Dashi is the fourth victim of the violent clashes recorded in Ecuador’s coastal city, Guayaquil.

The Mafiosi-style murders first appeared in 2017 with the murder of Ilir Hidri, to be followed shortly after with the killing of Montenegrin Albanian Fadil Kacanic. Adriatik Tresa was executed in 2020 in a luxurious resort.

160 Albanians were registered residents of Ecuador in 2018, a figure that is believed to have grown in recent years.

Now well established in the communities they live in, authorities believe that marriages have helped them seal strong connections with local drug cartels.

Ecuador does not produce cocaine, but its port in Guayaquil plays an important role in the international drug market.

The substance comes mainly from Peru and Venezuela, as well as other countries where Albanians have succeeded in taking over an important role as first-hand mediators.

Another two Albanians were executed in Columbia and Peru in the past 4 years.

Albanian influence over Latin America can be seen in the considerable shipments busted in Durres.

More than 1 ton of cocaine concealed in banana boxes has been seized since 2018.

Some of the Albanians living in Ecuador are also involved in cocaine shipments in the Netherlands and Belgium.

The Tirana police have drawn up a plan of measures to maintain order and security, before, during, and after the football match between Albania...
Read more
Kosovo

Kurti: After November 1, license plates other than RKS will be considered illegal

The Prime Minister of Kosovo, Albin Kurti, has spoken about the barricades created in the north of the country during the past year, at...
Read more