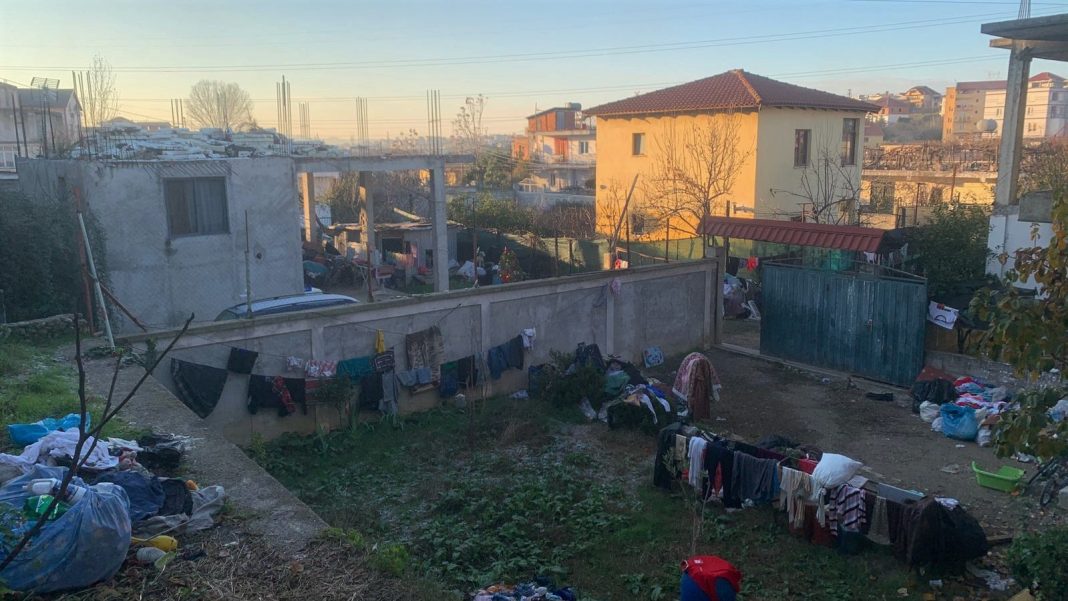 The Albanian government vowed to increase the number of people in the Roma and Egyptian communities “as priority beneficiaries of the social housing program” as part of its 2021-2025 strategy on integrating the Roma community.

But to this day, housing remains one of the biggest problems that the community faces.

One of the most highly anticipated projects has been the Tirana Riverside promising to accommodate some 12,000 people whose homes were damaged from the 6.4 magnitude earthquake that struck Albania on 26 November 2019, among whom many Roma families living in the neighborhood for many years.

On the official webpage of the National Agency for Territorial Planning, this project is still “in drafting process”.

Mayor Erion Veliaj took it on Instagram a few weeks ago to announce that some of the families affected by the earthquake will enter their new homes before New Year’s Eve.

Euronews Albania spoke to Drita, a resident of 5 Maji street, to get her side of the story on how the project affected her life.

Municipal authorities promised her a rent bonus and keys to a new apartment in exchange for sacrificing her house, reportedly located where a new highway is soon to be built.

But Drita says that those officials vanished and that to this day, she has not received any rent bonus.

An official statement released by the Infrastructure Ministry announced that a list has been published with the names of families affected by the project, who have a right to make their property claims after submitting necessary paperwork at the City Hall. While those who do not find their names on the list will have 15 days to apply.

But one of the main problems highlighted in the government 2021-2025 Action-Plan on Roma integration is that they cannot access benefitting programs simply because they cannot complete the application form which results in delays to get a rent bonus as well as legalization procedures.

One of the problems that arise is that families applying for rent bonuses are not registered in Tirana, which poses a problem when trying to sign a leasing contract with landlords.

“That is why not many families apply for the bonus”, maintains the city hall.

We spoke to the head of Administrative Unit 4 Liri Qoshi who said that in order to be granted a rent bonus, citizens need the leasing contract, the bank account of the person who is renting the apartment, and an ID.

However, the government maintains that it has sought ways to resolve this issue in line with its commitments stipulated on the Poznan Declaration signed between the six Western Balkan nations in 2019.

During the inauguration of the project, Mayor Erion Veliaj stated to have taken measures to help out those without adequate legal documents proving ownership of the land where they build their houses and that “no one will receive fewer meters than what they currently own”.

According to a spokesperson of the Tirana City Hall, there are 20 beneficiary families who received the rental bonus, out of a total of 26 applications.

“Roma families from the 5 Maji street have been included in the rent bonus program, and after the construction of the apartments damaged by the earthquake, we will proceed with them at the new premises”, said the city hall spokesperson.

In addition, she confirms that newly built social housing for Roma families are located in the area of Lanabregas and Shkoze, and are free of charge.

Many citizens left their hometowns in the 90s and built their new homes on state-owned land in the capital. In most cases, authorities tolerated this for as long as their homes were not located on major infrastructure projects.