Over 1,200 arrested in a 5-year timespan for visa and passport fraud 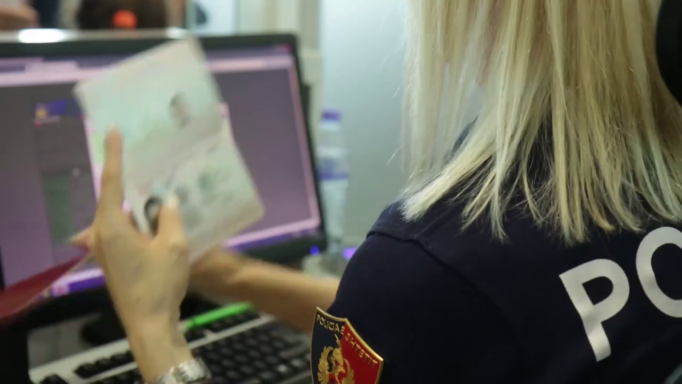 Attempts to reach European borders using forged travel documents dropped significantly when the visa regime fell in Albania. However, this did not stop criminal groups from staying afloat.

Since 2016, law enforcement authorities have cracked down on 26 labs used to produce forged documents and arrested 1,272 in the last five years.

The investigation revealed that the highest demand for fake passports was coming from Asian citizens reaching out to criminal groups in Albania.

“The highly-coveted destinations sought for by Albanians are countries like the UK and the US. It is more expensive to go to England or in the United States with a fake passport”, says Lufti Minxhozi, the chief of the Economic-financial crime investigation unit at the State Police.

“The demand is really high. There are the Asian countries who want to get in Europe and obviously use these criminal groups to pass with forged papers as if they were Western Europeans”, explains Minxhozi.

Enormous monetary profits are what keep perpetrators returning to this criminal activity.

The offense can carry a 6-month to a 4-year prison sentence, according to the Criminal Code. If the perpetrator had an accessory, the maximum sentence is 5 years.

One of the provisions in the Code covers state officials, who have been caught several times collaborating with these criminal groups.