Xhacka: Russia must answer for its crimes in Ukraine 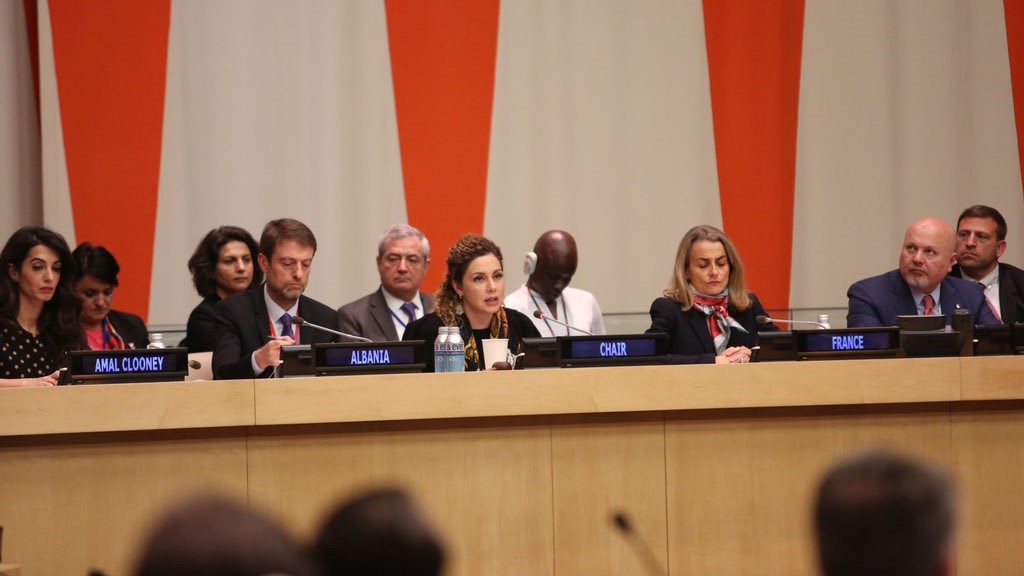 Albania’s Foreign Affairs Minister declared at the meeting of the Security Council on Wednesday that the ‘world must hear what is happening in Ukraine’.

The meeting convened by Albania and France was to ensure accountability for atrocities committed in Ukraine.

2/3.🌍 has to hear the truth about the terrible cost of 🇷🇺's illegal aggression against an innocent country.Permanent #UNSC membership can't offer immunity for war crimes.Veto power can't be abused to raze whole cities&kill thousands of innocent men, women&children with impunity. pic.twitter.com/onRHsIbgp6

The General Prosecution of Ukraine has ‘documented over 8,000 crimes committed by the Russian Army in Ukraine’, Xhacka said.

Albania’s chief diplomat recalled the innocent people that were killed during the war in Kosovo in 1999.

She also reiterated that the world has ‘an obligation to bring justice to the people of Ukraine’, although there are no efficient ways to ‘prevent these occurrences from happening’.

Xhacka held that Russia, as a permanent member of the UN Security Council, should have been a watchdog of international laws.

“Russia has committed unimaginable crimes”, said Xhacka as she urged other countries to condemn war atrocities.