Bus removed from Lana River due to ongoing investigation 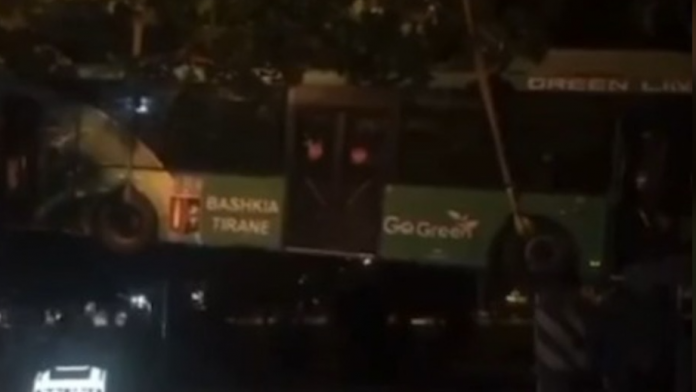 One of Tirana’s Ring buses which ended up in the Lana river following an accident, has been removed last night.

The news was confirmed by Tirana’s mayor, Erion Veliaj, through a post on social media.

Veliaj said that this removal was ordered by the prosecution in order to conduct an auto-technical expertise. Veliaj added that afer the investigations are complete, the bus will be brought back to its original location, at the Lana river, where it will be displayed as an art installation.

The accident took place on April 29, close to Cinema Agimi when the bus driver lost control of the wheel after crashing with a smaller car that also ended up in the Lana river.

The decision to keep the bus as an art installation was made in order to raise awareness amongst careless drivers.

PES “rejects” Meta? Braimllari: We have not applied to participate in the Congress

The Organizational Secretary of the Freedom Party, Endrit Braimllari, said that the news that circulated in the press regarding the fact that the head...
Read more
Albania

The former Socialist Party MP Alqi Blako, has been released from his cell after the GJKKO accepted his request for a milder security measure. The...
Read more
Albania

PHOTO | Is Meta banned from attending the PES Congress? This is the email that made headlines

At noon on Thursday, an e-mail circulated in the press claiming that the European Socialist Party has banned Ilir Meta from participating in the...
Read more