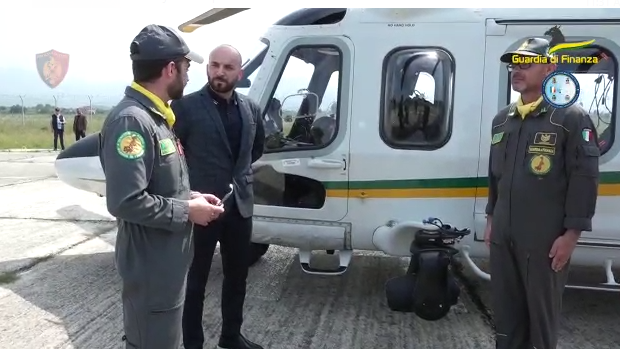 Dukagjini, Thethi, Valbona, and the Highlands of  Kruja were amongst the first locations that were monitored by the helicopter of the Italian Guarda di Finanza.

For years now, these areas are considered to be high-risk for the illegal cultivation of cannabis.

One of the flight operations which began since May 1, were also joined by the General Chief of Police, Gledis Nano.

“My participation in this flight is not simply to thank our Italian colleagues that work hard in order to support the war against the cultivation of cannabis, but it is also to show my utmost support for the State Police and my own personal determination as Director General of the State Police and all officers in regards to sending a blow to the problem of cannabis cultivation in our country,” said Nano.

During the 3-hour flight, no parcels growing cannabis plants were identified.

Each year, Italian aircraft monitor the Albanian air space for around 4 months at a time.